France Needs To Start Thinking About Replacing Its Only Aircraft Carrier 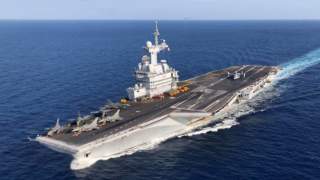