France's Leclerc Tank: One of the Best on the Planet? 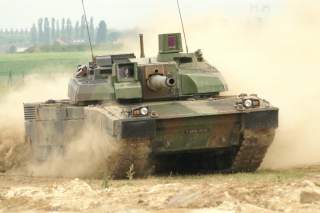 Key point: The UAE has particular security needs and its upgrades to the Leclerc have been highly successful.

There is a saying in the Pentagon that the United Arab Emirates is "Little Sparta," a phrase repeated by outgoing defense secretary James Mattis. The reason is that Emirati troops are experienced and battle-tested from the war in Yemen, and the oil-rich country has spent its riches on some of the most advanced military hardware in the world.

Robert Beckhusen is a military technology correspondent and previously served as managing editor for War Is Boring. This article first appeared earlier this year.