France's Nuclear Weapons Have Kept It A Military Powerhouse In Europe 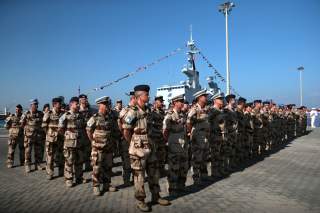 Key point: The resurgence of Russian military power—and the will to use it—will likely keep Paris a nuclear power for the foreseeable future.