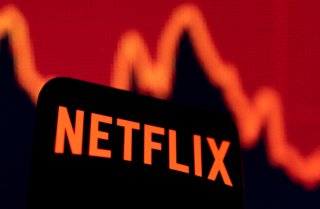 A day after reporting earnings that showed that Netflix lost subscribers for the first time in over a decade, the company’s shares plunged a whopping 37 percent.

According to the world’s largest streaming video company, one of the major headwinds negatively affecting growth was the rampant sharing of subscription passwords that offers access to Netflix’s content.

And now, the company looks to be serious about initiating a global crackdown on such practices.

“Account sharing as a percentage of our paying membership hasn’t changed much over the years, but, coupled with the first factor, means it’s harder to grow membership in many markets an issue that was obscured by our COVID growth,” it continued.

In an effort to boost growth again, Netflix’s co-CEO Reed Hastings has admitted that he is considering a lower-priced, ad-supported tier to the company’s subscription plans.

“Those who have followed Netflix know that I have been against the complexity of advertising and a big fan of the simplicity of subscription,” he said during the company’s prerecorded earnings conference call on Tuesday.

“But as much as I am a fan of that, I am a bigger fan of consumer choice, and allowing consumers who would like to have a lower price and are advertising-tolerant to get what they want makes a lot of sense,” he continued.

That option, however, likely wouldn’t be available on the platform for at least a year or two, Hastings added.

“It’s pretty clear that (option is) working for Hulu. Disney is doing it. HBO did it,” he said. “I don’t think we have a lot of doubt that it works.”

After Netflix reported that it shed 200,000 paid subscribers in the first quarter and projected that it would lose 2 million more in the second, a slew of analysts downgraded the company’s stock.

“Although their plans to reaccelerate growth (limiting password sharing and an ad model) have merit, by their own admission they won’t have noticeable impact until ’24, a long time to wait on what is now a ‘show me story,’” Bank of America analysts stated in a note on Wednesday.