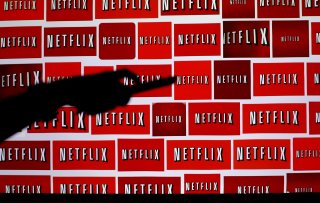 On Wednesday, per the Hollywood Reporter, Netflix’s stock approached an all-time high, following the release of a Piper Sandler study, which found that Netflix subscribers were more likely than their rivals to keep their subscriptions following the lifting of lockdown orders due to the coronavirus pandemic.

Roku’s stock, per Reuters, also surged as a result of a price target increase from Citi.

Meanwhile, more new numbers this week looked at the “freshness” of the catalogs one the different streaming services.

The data, from Reelgood, measured content as “fresh” if it was released between 2018 and 2020. This does not necessarily mean the movies or shows are originals to those particular services, but rather that they were originally released in the last three years.

Those last four, of course, have all launched in the last year, without nearly the amount of original content offered by Netflix or Amazon; the eight movies offered by Apple TV+ are all originals on that service, as Apple’s service does not offer catalog titles. Peacock, for all of these results, is counting its Premium version.

Netflix is number one with TV shows, however, offering 1,025 “fresh” shows. Hulu is second, with 646, while Prime Video is third with 487. HBO Max has 171, Peacock 110, Disney+ 102 and Apple TV+ 26. These results are also not especially surprising, since Hulu emphasizes TV more than it does movies, while the newer services have also focused more on TV than movies.

Indeed, Apple TV+ offers the highest percentage of fresh movies and TV shows- 100 percent in both. For Hulu, 35 percent of movies are “fresh,” while 34 percent of Netflix’s are. HBO Max is 15 percent, Prime Video 12 percent, while Disney+—with its large catalog of older movies—is at 11 percent. For Peacock, just 5 percent of the movies are fresh.

However, Netflix, which turns out massive amounts of new TV shows each month, offers 60 percent TV content from the last three years, while Disney+, Peacock and HBO Max are all in the 40 percent range. Hulu’s TV shows are 38 percent fresh, while Amazon’s are just 23 percent.