The Future of the Streaming Service Model Remains Uncertain 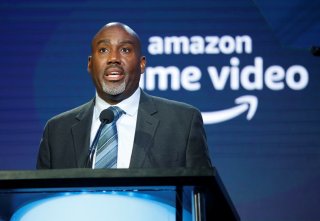 This week, following the news that Netflix lost subscribers in a quarter for the first time in years and is projected to lose even more next quarter, many are thinking about the future of streaming entertainment, and whether the format that the entire industry has staked itself on might have a questionable future.

At the same time, TiVo has released a new trends report for the fourth quarter of 2021, which it has titled “Finding Balance in the Great Rebundling.” TiVo’s report takes a look at where we are with entertainment these days—and what consumers want.

For years, viewers paid for cable or satellite TV as a bundle. Now, with users subscribing to multiple streaming services and getting most but probably not all of what they want, there’s a different type of bundle, one that often ends up costing consumers something similar in terms of monthly outlay.

“At a time where there is an ever-increasing variety of video services available, a distinct pattern exists in which the top 4-5 services are the same across demographics,” the report says. “The reason is trust. It’s entirely possible to momentarily capture the attention of the masses with the next big hit show or movie but, can any entity really keep audiences engaged enough to displace a ‘bundle incumbent’?”

“Despite their many options, viewers are often left frustrated by the process of discovering where to watch shows or movies, or app-switching just to tune into TV. And, when beloved content disappears from their preferred services, they may find themselves seeking out and possibly subscribing to alternates.”

The TiVo report also had a lot to say about cord-cutting. Namely, not everyone who hopes or plans to cut the cord actually goes ahead and does it.

“Only 2% of survey respondents reported canceling their pay-TV service in the last six months, down considerably from the last survey (and despite the fact that +20% were planning to cut the cord in the last survey),” the report said, adding that of those who have kept traditional pay-TV, 66 percent say it’s because “I’m happy with my provider.”

In addition, of the 19 percent of respondents who have already cut the cord, a full two-thirds went to vMVPDs such as YouTube TV, Hulu + Live TV, or DirecTV Stream, in order to watch live TV. Of those surveyed overall, 27 percent of subscribers to a vMVPD service. Of those, 45 percent said they signed up because it’s cheaper than regular cable, while 35 percent said they signed up to watch sports.

Also growing is the AVOD category of free, ad-supported streaming services like Pluto TV, Roku Channel, and the free tier of Peacock.

Furthermore, there exists a class of “cord-revivers” who have returned to cable after getting rid of it. In fact, a full 26 percent of pay-TV subscribers had previously dropped service before getting it back. And a full 40 percent of those “cord-revivers” live in either New York or California.

Customers also tell TiVo that local news and local sports, the two types of content that still attract live eyeballs in huge numbers, are very important to them.

As for those who use “TVOD”—paying to rent movies and TV shows—Amazon is the unquestioned leader, with 68 percent saying they use it, compared to YouTube Movies, Disney+ Premium Access, and Google Play, all of which are in the mid-20s. But more than 70 percent of those asked said they prefer seeing a movie in the theater to renting one at home.

As for smart TVs, ownership has risen 10 percent year over year, with 27 percent of those who own them saying they got their smart TV in the last six months. Of the TVs purchased, Samsung is the most popular brand, with 40 percent of smart TV owners being Samsung users.

“With a majority of survey respondents indicating ongoing user experience issues associated with video services, now more than ever, it’s absolutely essential for providers and platforms to make a substantial investment in enhancing that experience,” TiVo said in the report.

“Consumers crave simplicity and balance; they want their video entertainment to be a haven, not a headache. In this environment, those providing the technology and expertise to address these pain points will be the ones to reap the rewards.”