With Futuristic Weapons, The Navy's Zumwalt Stealth Destroyer Will Be A Real Monster 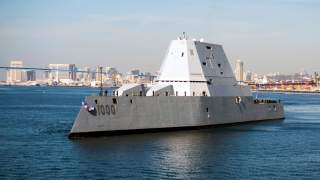 Key point: The Zumwalt will significantly enhance the available firepower for littoral operations.