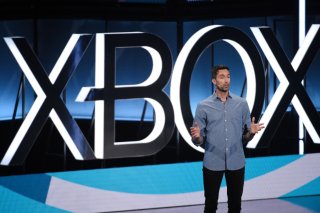 With everyone stuck inside during the early days of the pandemic, the video game industry had a huge year in 2020, reaching a record $56.1 billion in U.S. spending, compared to $43.4 billion the year before. That number rose again in 2021, exceeding $60 billion, per figures from NPD Group.

However, what goes up must come down, and such spending is expected to drop 8.7 percent this year, to $55.5 billion, according to new research released by NPD. “Some of the drivers of the decline include the return of experiential spending, higher prices in everyday spending categories such as food and fuel, the uncertain supply of video game console hardware and certain accessories such as gamepads, and a lighter release slate of games, among others,” NPD said in a blog post authored by Mat Piscatella, an industry analyst for video games.

The video game industry, like most others, has been hit with supply chain constraints this year. “In hardware, the video game console market has yet to reflect normalized demand given ongoing supply constraints, particularly on new generation systems such as the PlayStation 5 and the Xbox Series X. This is not likely to change throughout 2022 and will lead to continued uncertainty for the market.”

Piscatella’s post also made some predictions for the rest of the year, starting with Nintendo’s Switch leading the pack in terms of console units sold, with “dollar leadership” up for grabs among the Switch, PlayStation 5, and Xbox Series S and X. He did identify the Xbox as the only console to show “dollar sales growth” compared to last year. Piscatella also predicted Elden Ring will end the year as the best-selling premium game in the United States, with Call of Duty continuing its streak as the top premium gaming franchise.

“We are living in interesting times. And while, generally, the video game market can be at least partially insulated from factors impacting the wider economy, the return of experiential spending and higher pricing in everyday spending categories appear to be impacting the space,” Piscatella stated in the blog post. “The continued challenges in manufacturing, particularly in bringing new consoles and accessories such as gamepads to market is also playing a role, as is the lighter release slate of premium gaming content, he concluded.”