Game of Thrones: What Machiavelli Might Have Made of the Politics in Westeros 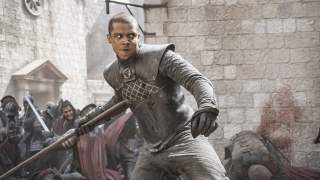 Warning: this contains spoilers for Game of Thrones, series eight.

Alongside many other aspects of the final series of Game of Thrones, the “hand-break turn” performed by Daenerys Targaryen, the Mother of Dragons, received heavy criticism. As the defending armies of Kings Landing surrendered in the penultimate episode, there was a pregnant pause while she pondered whether to accept peace, or raze the city. She decided to burn down Kings Landing and kill thousands of innocent people.

The final episode begins with the queen overlooking her forces, with a flag raised in the chilled air, in a scene reminiscent of 1940s fascism. This was a far cry from her self-proclaimed title of Breaker of Chains, who was supposed to be marching around the kingdoms liberating enslaved citizens.

But the Targaryen queen’s character had been long in development – her thirst for power was brewing, and examples of her willingness to enact violent revenge on those in her path had been seen many times in the narrative.

A key moment, however, came in the penultimate episode when Daenerys reveals her strategic dilemma in taking the Iron Throne. As it becomes clear that the forces from the North that had joined her against the White Walker zombie army had accepted her rule out of convenience rather than love – and that Jon Snow’s claim to the throne is clearly greater, she decides: “If not love, then fear.”

This choice directly echoed the puzzle that Italian diplomat and political theorist Niccolò Machiavelli considered in advising the 16th-century statesman Lorenzo de’ Medici in his infamous book The Prince. When deciding whether it is better to be loved than feared, Machiavelli warned that:

It is much safer to be feared than loved because … love is preserved by the link of obligation which, owing to the baseness of men, is broken at every opportunity for their advantage; but fear preserves you by a dread of punishment which never fails.

Indeed, political leadership theory has a lot of advice for the would-be rulers of Westeros – but also for the audience. Daenerys’s story follows a universal challenge for political leaders contemporary and old. Leaders may want to achieve goals for morally good reasons – but there are difficult and dangerous compromises that have to be made in keeping them in power, which might cause them to deviate from this path.

In my recent work assessing contemporary leaders, I suggest that we need to distinguish between three types of leadership. There is the leader who is successfully led by their conscience – where their aims, chosen methods and outcomes that are principled and morally good. One leader who is commonly thought of in this way, because he did genuinely bring about the breaking of chains by ending apartheid in South Africa, was Nelson Mandela.

Of course, Mandela aside, we may disagree on what constitutes the morally good. And, in Game of Thrones, there are plenty of alternative visions from the leaders of kingdoms.

But then there is cunning leadership – the task of being successful in winning power, office and influence, which is often called statecraft. We might think of this as being less important than leadership led by conscience. Leaders to have demonstrated elements of cunning leadership might include Hitler – whose methods and aims were violent and morally repugnant, but for some time at least, effective in bringing him power.

Cunning leadership is important, however, because all other goals for a leader might be dependent on it. Without power, people can’t be freed or policies enacted. The ideal leader is the complete leader, who will need to achieve both cunning and conscious leadership (see figure 1 below). Few fit into this category – but perhaps Mandela did. Leading the struggle to end apartheid brought him the presidency of South Africa too – and enabled him to oversee national reconciliation.

The series is rich with some cunning leaders, who we would not deem skilled in conscience leadership. The powerful Lannister dynasty produced a succession of rulers who were effective at governing through repressive means. Political opponents such as the Tyrells were eventually ruthlessly eliminated by Cersei Lannister.

And then there are some leaders who seem to have the moral vision, but not the political cunning. Anyone who watched the series will have their own views on who fits where.

Disappointment in the series might come from the fact that Jon Snow – who seemed an earthly, modest and conscience-led leader – ended up being arrested and sentenced back to relative obscurity and powerlessness with the Night’s Watch. With this we are denied a potentially complete leader – and are left speculating what type of ruler the enigmatic Bran the Broken might be.

Unfortunately, political leadership and history shows us that complete leaders are rare – especially in non-democratic times. Game of Thrones therefore provided about as happy an ending as was possible by ending a system of hereditary rule where “everytime a Targaryen is born the gods flip a coin”. Henceforth, we learn, new leaders will be chosen by a small group of elites. It makes future leaders a bit more accountable. But only a bit.

Toby James is a Senior Lecturer in British & Comparative Politics at the University of East Anglia.

This first appeared in The Conversation here via Creative Commons license.