Gas Prices Rise Again, But There’s a Light at the End of the Tunnel 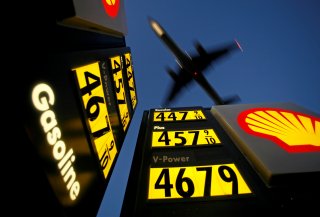 Gas prices in the United States have continued to rise throughout the fall, but this week that are indications that the climb is nearing its top.

GasBuddy said Monday that the average gas price in the United States has reached $3.38 per gallon. However, the increase of 0.6 cents from the week earlier represented the smallest in several weeks. The current average price is up 19.5 cents from a month earlier and $1.26 higher than at the same time in 2020.

“The jump in gas prices that started nearly a month ago is finally running out of steam for the time being, as oil prices have stabilized. Yet, some areas of California are still at or near all-time record highs for prices,” Patrick De Haan, head of petroleum analysis for GasBuddy, said in the organization’s weekly blog post.

“While California’s high prices will not become a nationwide norm, prices there will likely remain elevated due to refinery issues amidst the surge of rain and other refinery kinks. For most motorists, gas prices are likely to greatly slow their recent ascent, and we could even see some small declines in the week ahead. OPEC is planning to meet next week, and while it doesn’t seem likely there will be any boost in oil output, its meeting and comments could easily drive the market up or down. The odds remain high that gas prices will remain near today’s elevated levels going into the holidays, barring additional OPEC supply,” De Haan said in the GasBuddy blog post.

“News that Iranian oil, which has not been sold globally in large quantities since 2018, may return to the world market coupled with an OPEC+ meeting on November 4 via videoconference, is increasing market volatility, but slowing pump price increases, at least for now,” the AAA post said.

“We have finally seen a little dip in domestic demand for gasoline, which may signal that the seasonal post-Labor Day easing was a little delayed this year,” Andrew Gross, AAA spokesperson. “And if the recent steady increase in crude oil prices takes a breather too, consumers may benefit at the pump with smaller price hikes.”