Is Genetic Enhancement a Dangerous New Tool or Just Science Being Science? 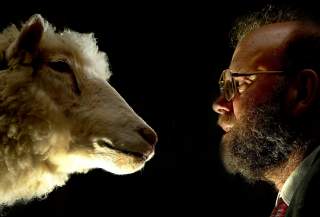 The first genetically edited children were born in China in late 2018. Twins Lulu and Nana had a particular gene – known as CCR5 – modified during embryonic development. The aim was to make them (and their descendants) resistant to HIV. By some definitions, this would be an example of human enhancement.

Although there is still a long way to go before the technology is safe, this example has shown it’s possible to edit genes that will continue being inherited by genetic offspring for generations. However, we don’t yet know what effect these genetic changes will have on the overall health of the twins throughout life. Potential unintended changes to other genes is a grave concern which is limiting our use of gene editing technology at the moment – but this limit won’t always be present.

As we increasingly become less limited by what is scientifically achievable in the realm of gene editing for enhancement, we rely more heavily on ethical – rather than practical – limits to our actions. In fact, the case of Lulu and Nana might never have happened if both scientific and ethical limits had been more firmly established and enforced.

But in order to decide these limits, the expert community needs one important contribution: public opinion. Without the voice of the people, regulations are unlikely to be followed. In a worst case scenario, a lack of agreed upon regulations could mean the emergence of dangerous black markets for genetic enhancements. These come with safety and equity issues. In the meantime, experts have called for a temporary international ban on the use of gene editing technologies until a broad societal consensus has been established.

What should this broad consensus be? Current guidance in the UK is theoretically in favour of gene editing for treatment purposes in the future – if certain requirements regarding safety and the intentions of editing are met. This includes eliminating unintentional changes to other genes as a result of genetic enhancements, and that edits serve the welfare of the individuals involved. But when it comes to enhancement, ethical limits are harder to determine as people have different views on what’s best for ourselves and society.

One thing to consider with a technology like gene editing is that it affects more people than just the individual whose genes have been edited – and in some cases, those with edited genes could be unfairly better off than those who haven’t had their genes enhanced.

For example, if it were possible to enhance genes to improve facial symmetry or make a person more confident, it might mean these people are more likely to find employment in a competitive market, compared to those who haven’t had their genes edited for these characteristics. Future generations will also inherit and carry these enhancements in their DNA. In these ethical dilemmas, in order for one person to win, many people must (often unwittingly) lose.

For the many not the few

Surprisingly, the field of economics might provide us with one useful way of thinking through the ethics of genetic enhancement. In economics, an advantage that is only beneficial to one person because it makes them relatively better than everyone else is often called a “positional” good. Positional goods rely on other people being worse off. This means they are less beneficial to the individual as other people become better off, as in the competitive employment example.

A typical example of a positional good related to enhancement is height. It has been shown that, particularly for men, being taller is associated with better outcomes in life – such as having a higher annual household income.

But being taller isn’t good in and of itself. For example, tall people need to eat more food, they take up more space and may be more prone to osteoarthritis and other health conditions later in life. If everyone was given access to height enhancements, any economic advantages a person might gain from being taller would either no longer exist, because everyone else would also be taller, or might be outweighed by these other height-based disadvantages.

However, this is not the case with all goods. Goods that can benefit both the individual and other people are said to have “collective benefit”. An example of this might be getting your flu shot or the MMR vaccine. If a person takes measures to protect themselves from catching an infectious disease (or, perhaps in the future, having their genes edited to make them immune to a certain infectious disease), that person also benefits the rest of society by not carrying and spreading the disease to others. If everyone gets the flu shot, or enhances their immune systems, society is benefited even more through the reduced disease burden.

Both experts and society still need to decide what constitutes ethical use of gene editing for enhancement, and what benefits enhancements might have to either the individual or society – or both. This is perhaps one way of deciding whether and how human genetic enhancement should be allowed in the future.