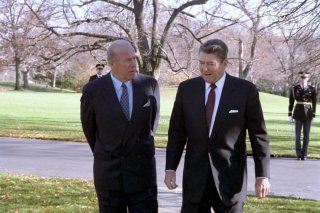 George Shultz was one of our most outstanding Secretaries of State, a distinguished four-time cabinet secretary, and a model of continued service for the public good through his 100 years. Shultz bequeathed us enduring wisdom of great value as we seek to “build back better” America’s role in the world.

As he approached his hundredth birthday, Shultz wrote two significant articles, for the Foreign Service Journal and the Washington Post. Both stressed the importance of building and maintaining trust in relations with friends and foes, and the message to State Department audience emphasized the tremendous value of investing in America’s diplomats as the United States seeks to rebuild relationships in a constantly changing international system filled with distrust, including of the United States.

Shultz’s successor, Antony Blinken, recognized Shultz’ wisdom at his death and is beginning to rebuild damaged ties with other governments in a manner Shultz would approve. Shultz’s counsel should provide ongoing inspiration to U.S. diplomacy to undo the serious damage done to America’s image and influence abroad over recent years.

For those of us who had the honor of serving with George Shultz, his last messages were true to his career and life work. As secretary of state, Shultz lived the importance of building and maintaining trust-based partnerships with friends and trust-grounded understandings with rivals. He taught many of us that trust should be built while remaining true to America’s interests. This was the point of his famous practice of asking outgoing Ambassadors to point out “their” country on the world globe in his office—the correct answer was the United States, not the country of the Ambassador’s destination.

Grounded in U.S. interests and ideals, Secretary Shultz demonstrated the importance of understanding counterparts’ interests and needs, even if divergent to those of the United States. He worked with patience and determination to find a path to resolve differences and find solutions to vexing problems, even if this took years of effort.

Throughout my career I benefited from lessons learned working for “Secretary” Shultz in 1982-83. He arrived at the State Department during a difficult crisis in Lebanon, which had been the final straw leading to the resignation of his predecessor, Al Haig. I was already working as a special assistant in the Secretary’s office and was immediately stuck by Shultz’ ability to remain calm, collected, and focused even when faced with outrageous behavior by the players in the region as well as with the bureaucratic infighting in the U.S. administration that had also plagued Haig. Shultz had a capacity to persevere, deal with the setbacks, create leverage to move forward, and step-by-step build the partnerships needed for progress. I still vividly remember working with tears flowing on the draft message Shultz issued after the April 1983 bombing of the U.S. embassy in Beirut: Shultz was deeply saddened but doubled down on pursuing the U.S. peace mission for Lebanon.

Gathering partners where possible was a key precept in Shultz’ approach to this and other issues in the months ahead, and he emphasized the importance of economics in all we did, something I had not focused on before my work with him. Importantly, throughout intense work on any given diplomatic crises, Shultz demonstrated great respect for his professional diplomatic team. He also believed in the value of continuous learning, which is why he championed until the end better training for U.S. diplomats. The secretary would relax and have fun with his staff, especially if there was an opportunity to dance. For he loved to dance. Not surprisingly, Shultz’s staff and the Foreign Service developed a deep affection for him.

I remember clearly an article that praised leaders who were likened to a large boulder on the seashore that survived the waves, tides, and the storms unaffected and carried on. That symbolized to me George Shultz’ service. Despite the awful bureaucratic turmoil that he faced inside the Reagan administration’s flawed national security processes, Shultz soldiered on, letting the waves break over him while pursuing strategies that kept friends and allies together with his well-known diplomatic “gardening.” Simultaneously, Shultz engaged with rivals constructively to develop enough “trust” to forge areas of agreement, as he did successfully with the Soviets. Not hesitating to speak frankly or use the range of non-diplomatic U.S. leverage, Shultz demonstrated that building confidence with rivals, as well as with friends, is key to achieving U.S. goals, and it does not require putting core principles aside.

These messages and his devotion to improving America’s diplomacy won enduring admiration of my U.S. diplomat colleagues. The feeling was mutual which explains why he chose the Foreign Service Journal to publish one his last articles stressing the value of training for career diplomats. Doubly impressive, was Shultz’ continued engagement on key issues, whether it was championing North America’s global powerhouse potential, proposing the rethinking of the “failed War on Drugs,” highlighting the revolutionary impact of new technologies for energy and climate change, or flagging the dangers of short-sighted nuclear policies.

George Shultz’ counsel is vital for America today—invest in building trust abroad and at home. Be true to America’s interests and values and know those of your friends and rivals. Work with patience to create and sustain close partnerships. Forge trust-based understandings with competitors using the range of U.S. levers. Invest heavily in strengthening U.S. diplomacy and its diplomats to rebuild America’s role in the world. The Biden team’s initial weeks appear to reflect this spirit. Let’s fully incorporate Shultz’ wisdom into U.S. diplomacy for the years ahead.

Earl Anthony Wayne is a retired US Career Ambassador, a Distinguished Diplomat is Residence at American University’s School of International Service, and Co-Chair of the Wilson Center’s Mexico Institute Board. He served as Ambassador to Mexico and Argentina, Deputy Ambassador to Afghanistan and Assistant Secretary of State for Economic and Business Affairs, among other positions, during his 40-year diplomatic career.