Germany Has An Anti-Semitism Problem 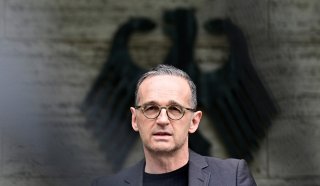 German politicians have ignored Israel-centered antisemitism in their country for far too long. During the most recent conflict in the Middle East, as Israel fought off indiscriminate rocket attacks by Gaza-based terror group Hamas and countered them with airstrikes on Hamas targets, this racism broke out into the open again.

In Germany, Jewish places of worship were attacked, and anti-Semitic hate spilled out onto the streets. In Bonn, the former capital of West Germany and now the secondary seat of the German government, people threw rocks at a synagogue shattering its windows, burned an Israeli flag, and left threatening notes in Arabic on the street. Attacks on synagogues throughout Germany soon followed.

Sadly, this is nothing new in today’s Germany. In fact, many of these attacks were thwarted by the constant police protection that’s already given to synagogues due to the rise in anti-Semitic hate crimes. The government’s commissioner for the fight against anti-Semitism openly admitted in 2019 that Jews could not safely wear a kippah in Germany and advised them not to do so.

Over the last few weeks, chants of “F*ck Jews” or “Children Killer Israel” could be heard in the streets of major German cities as groups of protesters—often predominantly Arabs—took to the streets for anti-Israel demonstrations that frequently turned into full-blown displays of anti-Semitic hatred. Such displays have often been ignored or downplayed. And while German politicians usually pay lip service to their support for Israel, when it comes time to act, they’re much more hesitant to stand firm against the enemies of its Middle Eastern ally.

For instance, take Heiko Maas, the German Foreign Minister, who likes to say he went into politics “because of Auschwitz.” If he’s serious about that, then why can he be seen smiling in Teheran next to the Foreign Minister of the Islamist regime that dreams of Israel’s extermination? At the UN, Maas’ ambassador often votes for explicitly anti-Israel resolutions that have become a tradition at many UN bodies. Just recently, Germany voted against an arms embargo on Iran but in favor of one on Israel. Cozying up to Israel’s enemies while attacking the Jewish state at the UN—that’s what German foreign policy often looks like on the world stage, and it’s a behavior that has been scolded by the President of the World Jewish Congress.

Meanwhile, Germany and the EU also help fuel the anti-semitic hate in the region by funding the UN Relief and Works Agency for Palestinian Refugees in the Near East (UNRWA), which has been exposed repeatedly for teaching anti-semitism, with one textbook calling the 1972 massacre of Israeli Olympic athletes by Arab terrorists in Munich, Germany, a “strike at Zionist interests abroad.” Additionally, substantial amounts of EU funds have found their way to terror-linked groups in the region.

Domestically, German officials don't take Islamist anti-semitism seriously enough. It took authorities until last year to finally ban the activities of Hezbollah, a genocidal antisemitic terror group that’s been active for years. Besides full-on terror groups, there are other foreign actors that spread anti-semitic hate in Germany, a prominent example being the Turkish Religious Authority Diyanet, which directs countless Turkish mosques in Germany via its German branch, DITIB. A Friday sermon published by Diyanet showed overt anti-semitic tropes with Jews being referred to as “those who feed on blood and tears” who “drive out the Muslims in and around Jerusalem.” And this is not an irrelevant group; it partners with several German states to oversee the religious education of Muslims in German public schools.

Sebastian Thormann is a Young Voices Contributor and a student at the University of Passau, Germany. He has also written for the Washington Examiner, CapX and Townhall.com.