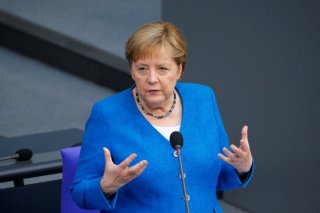 The Russian Federation and the European Union are geographically, historically, and economically linked, as are Russia and Germany. Although due to the 2014 Ukraine crisis Moscow-Brussels relations have been characterized by sanctions, Russia plays an undeniable role in the European energy supply and local political dynamics. In this context, we may consider Germany an area of confrontation with Russia because, over the years, Berlin has at the same time countered the Kremlin’s European and domestic policies but strengthened the Russian-German trade exchange and cooperation over several projects, not the least of which is Nord Stream 2.

The next German elections may change German domestic politics because the candidates for the chancellery have different political strategies. However, in foreign policy, Germany cannot ignore the geopolitical imperatives and constraints deriving from its geographical position, socio-cultural aspects, and economy. In these circumstances, a reduction in Russian-German trade relations following the elections seems very difficult. Even though in the last decade the number of German companies operating in the Russian Federation has been reduced, as of 2020, 3900 companies with German capital still operated in Russia. Despite the pandemic, German direct investments in Russia in 2020 amounted to 1.3 billion euros. In addition, the situation with Nord Stream 2 notwithstanding, there will still be opportunities for Russian-German cooperation in the energy sector, since Moscow and Berlin discussed joint projects for hydrogen production to ensure Germany’s energy transition.

Considering how close Germany is to Russia, it is possible to assume that the upcoming German elections will only partially impact the future of Russia–EU relations. On the one hand, Moscow and Brussels will continue to confront each other at the geopolitical level on issues such as Crimea and Eastern Ukraine or the rights of the opposition in Russia, and Berlin will support the EU in this confrontation. On the other hand, trade agreements and economic cooperation will counterbalance EU-Russia geopolitical competition considering that several European countries are looking at the Russian Federation as a potential market to sell their products or attract foreign direct investment (FDI). Furthermore, we cannot forget that each EU member has different foreign policies and relations with Russia ranging from hostility to strategic cooperation. Therefore, although the upcoming German elections are a crucial moment in the framework of the European Union, the future of EU-Russia relations will not depend exclusively on the decision of the future German Chancellor.

Geopolitical developments in the Middle East and North Africa (MENA) region and the post-Soviet space might influence the future of EU-Russia relations more than the upcoming German elections. Essentially, Brussels has always tried to decrease its dependence on Russia, particularly in the energy sector, looking at potential future partners in North Africa, the Caucasus, and Central Asia. Unfortunately, this strategy risks failure because of the unstable situation registered in North Africa after the so-called ‘Arab Spring’, the uncertain future of Central Asia after NATO troops withdraw from Afghanistan, and the unstable situation of the Caucasus due to the Nagorno-Karabakh conflict and local ‘frozen conflicts’. In this perspective, the United States might play a decisive role and influence the future of EU-Russia relations whether the White House would become more involved in the European dynamics abandoning the strategy of the sanctions (as in the case of the North Stream 2) in favor of more robust economic cooperation and a new investment plan into those European economies mainly targeted by Moscow’s strategic communication and FDI.

Giuliano Bifolchi is a political analyst specialized in Intelligence analysis, geopolitics, security, conflict management, and ethnic minorities. He holds a PhD in Islamic history from the University of Rome Tor Vergata, a master’s degree in Peacebuilding Management and International Relations from Pontifical University San Bonaventura. He is the Managing Director of ASRIE Analytica.