Get Ready: Russia Will Soon Try to Kill a Satellite 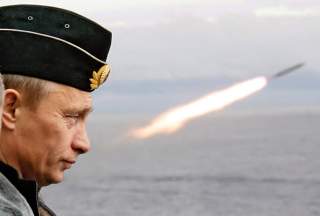 On March 27 India conducted its first live anti-satellite missile test, successfully destroying one of its own satellites in low Earth orbit with a modified ballistic missile. The test shocked international observers and demonstrated the growing importance of major military powers place on anti-satellite capabilities.

It also made India only the third country to conduct such a sensational demonstration of anti-satellite (ASAT) weaponry, after China and the United States. This leaves one capable military power conspicuously outside the club: Russia. But the world should not expect this absence to continue for long. India’s move in fact dramatically raises the likelihood that Russia will soon test its own weapon in a similarly audacious manner.

Russia has been preparing a purpose-built ASAT missile, the A-235 Nudol, for years, development of which has already included seven flight tests. The latest, on December 23, 2018, appeared highly successful, with the missile flying for seventeen minutes and 1,864 miles before splashing into its intended target area at sea. Described by Russian state-media as part of a new “space defense intercept complex,” the Nudol’s flight tests suggest an orbital ballistic intercept trajectory ideal for ASAT operations.

Russia thus has the capability to conduct an anti-satellite display like India’s, as indeed it has possessed in one form or another since the end of the Cold War. If Russia has refrained from doing so thus far, it is only because Moscow saw compelling reasons to avoid it.

For instance, the destruction of a satellite in orbit by a “hit-to-kill” weapon produces a cloud of dangerous debris that, hurtling around the planet as fast as 17,500 miles-per-hour, can pose a nightmarish threat to other satellites, of every nation, for decades or even centuries.

Russia knows this all too well, given that in 2013 one of the approximately 3,000 pieces of shrapnel left over from China’s 2007 ASAT test (which destroyed a defunct weather satellite in stable orbit) struck and incapacitated a Russian scientific satellite.

Therefore an informal international halt to such tests appeared to hold after 2008 when America destroyed an aging spy satellite that was falling from orbit (at an altitude of only 149 miles, the debris burned up in the atmosphere). This was reinforced by the fact that the world’s advanced militaries appeared to be largely moving away from “direct-ascent kinetic interceptor” weapons—like Russia’s new missile—that have been used in previous tests. Instead, the trend has been toward higher-tech and more subtle weapons that can disable enemy satellites without blowing them to bits, such as ASAT lasers that China may have already deployed in Xinjiang province.

But now that India has broken this norm, a Russian kinetic kill test of Nudol has moved from possible to probable, if not imminent, for three reasons.

First and foremost is Vladimir Putin’s signature brand of “missile nationalism” that compensates for the meager economy of today’s Russia by brandishing its military strength to maintain geopolitical influence. Moreover, by demanding international respect for Russia as a great power, Putin soothes Russian national pride and builds political support at home. This was best exemplified by a speech Putin delivered ahead of Russia’s presidential election in March 2018, in which, as video demonstrations of the latest Russian missile technology played behind him, he admonished the West, declaring: “You didn’t listen to our country. Now you will listen.”

Thus, for a Russia whose international status is determined primarily by its firepower, being upstaged by fledgling India is not something that it can let slide.

Second, a test would reinforce Russia’s claim to a seat at the big kid's table in any future negotiation of an international ASAT arms control or test ban treaty, a prospect that may be galvanized by India’s action. Negotiations on such a treaty, including the Proposed Prevention of an Arms Race in Space (PAROS) treaty, are currently stalled, although a United Nations Group of Governmental Experts was meeting on the matter in Geneva the same week that India chose to launch its test (perhaps not coincidentally).

Third, Putin simply seems to enjoy pushing buttons and poking Washington in the eye now and then by undermining norms of the U.S.-led liberal international order. This is often done in response to U.S. actions perceived to target Russia, such as sanctions or North Atlantic Treaty Organization deployments. Destroying a satellite would provide such an opportunity, especially given America’s angry reaction to the Indian test.

Therefore even if the world recognizes the danger of space debris and is indeed moving away from “hit-to-kill” anti-satellite tests, Russia is likely to provide the last hurrah. A display of its Nudol missile system’s capabilities now seems almost inevitable. The world shouldn’t act surprised when it happens.