Getting the Math Right: Why Misconceptions May Lead People to Underestimate the True Severity of the Coronavirus Pandemic 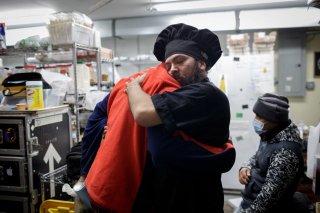 People all across the U.S. claim that they are “not math people.” They even readily admit to their hatred for some math fundamentals, such as fractions. For instance, a participant in one of our research studies on how well adults understand fractions proclaimed: “Fractions are my worst nightmare!”

Could people’s fear and avoidance of math, and their common mathematical mistakes in school, also lead to misunderstandings in the real world about just how dangerous COVID-19 is to their own health and to society in general?

We are psychology scholars, and two of us – Clarissa Thompson and Pooja Sidney – are experts in the field of mathematical cognition. It is our job to investigate how people of all ages learn about math. We also identify good and bad strategies that people often use when they try to solve hard math problems. Based on these observations, we have come up with several ways to help everyone gain more insight into how math works.

One very common misconception we’re concerned about is known as “whole number bias.” Based on headlines and news accounts about the novel coronavirus, we wonder if this bias might lead people to underestimate their own and others’ risks associated with COVID-19.

Breaking down the numbers

Whole number bias happens when people tend to automatically think about the numerators and denominators of fractions as whole numbers before they process the numbers more deeply to grasp their actual size.

For example, people may mistakenly believe that 1/14 is smaller than 1/15 because 14 is less than 15. That is, they apply what they know about whole numbers to all other numbers, including fractions.

Research has shown that people of all ages can harbor whole number bias – children, college students and even some expert mathematicians.

In one study, community college students were shown a series of two fractions at a time and asked to decide which was larger. In some of these pairs of fractions, the larger one had a bigger numerator but a smaller denominator. So, if shown the two fractions 3/7 and 2/9, the students who answered that 3/7 was larger were correct.

Only 54% of the students who took part in the study answered correctly.

When asked how they decided which fraction was larger, many students said they paid attention to one part of the fraction in isolation, rather than considering the entire ratio. Those who incorrectly answered that 2/9 was larger than 3/7 did so because they compared only the denominators and concluded that 9 was bigger than 7.

That’s because whole number bias – which can manifest as considering only one part of a ratio in isolation – leads to incorrect conclusions about how big numbers are.

Why does this matter? Students learn about fractions in school so they can apply this knowledge to the real world.

In daily life, people are presented with numbers, including fractions, and asked to make sense of them. When it comes to health statistics, misinterpreting the size of numbers may lead to negative consequences – such as underestimating the deadliness of COVID-19.

News stories are rife with complex statistics that pertain to the COVID-19 pandemic. Many of these statistics involve ratios, which are hard to understand and disliked.

Further, math anxiety – a feeling of apprehension when it comes to mathematics – leads people to choose to completely avoid, or fail to think deeply about, numbers encountered in everyday life. In our own research across two samples of adults, we found that people with more anxiety about doing math were worse at estimating how big specific fractions were.

Early on in the COVID-19 pandemic, there were several stories that noted that the flu was more deadly than the new coronavirus. President Donald Trump himself made this claim several times.

We believe this confusion persists as the nation struggles to come to terms with calls for more social distancing and orders to stay home to fight the spread of COVID-19. Specifically, the number of deaths or the number of infections of COVID-19 compared to the flu might be mentioned in isolation, rather than the proportion of deaths out of the total population. We believe focusing on total numbers of deaths or numbers of infected people rather than proportions – or fractions – is a reflection of whole number bias.

In another recent example, President Donald Trump claimed that the U.S. tested more people for COVID-19 than anywhere else in the world. While this could be true in terms of absolute numbers, this does not take into consideration population totals and how densely packed the population is in other countries.

How big of a risk do we all face?

To figure this out, we believe you should compare the number of COVID-19 deaths to the total number of people infected. Both of these numbers are updated daily by a team of researchers at Johns Hopkins University.

Then, compare this fatality rate with the fatality rates of more familiar illnesses, such as the flu as updated by the Centers for Disease Control and Prevention.

If you want to try to calculate how deadly this pandemic is compared with the flu, you need to divide the number of deaths caused by COVID-19 by the total number of people infected by it. Keep in mind, it’s impossible to know the true denominator, or the total number of infected individuals, in the midst of a pandemic because these numbers change daily, and testing is limited.

Because of these unknowns, the fatality rate could ultimately be lower than early figures because so many infected people were not immediately tested or officially diagnosed. While it may be too early to tell exactly how much deadlier than the flu COVID-19 will be, some current estimates suggest COVID-19 may be closer to 10 times more deadly. It’s important to note that researchers around the world have found a broad range of estimates for the fatality rate for COVID-19, which remains unclear.

To reduce whole number bias, we recommend that everyone consider whether both the numerator and denominator of a fraction have been reported, or whether one or the other was presented in isolation. This can help people avoid making a whole number bias error.

With the need to make all people take this pandemic seriously, we believe that doing this math right just might save lives.