Gigabit Gangster: Why Verizon Fios Internet Is So Fast 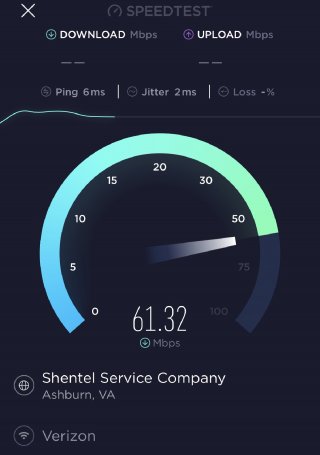 People stuck working at home during the coronavirus shelter-in-place orders may have made discoveries about just how fast their home Internet is.

Many users of Verizon Fios were attracted by fast advertised download speeds, made possible by its fiber network, which is delivered to customers' doors by fiber optic cables rather than copper wires. And not only that, but Fios' network is much newer than those used by Comcast and other cable companies.

Fios' own website compares surfing on a too-slow Internet to "sitting in a traffic jam," but goes on to tout its "advanced network technology to deliver a connection that offers more capacity and fast speeds for work and play." Verizon announced in March that it was offering faster speeds, at no extra cost, to customers of its Internet Mix & Match plans.

Reviews.org, earlier this year, recommended that customers choose Fios over Xfinity if both were available in their area.

"Verizon Fios might seem expensive, but its prices are actually some of the best when it comes to the speeds you get," the assessment said. "To top that off, you’ll get stunning fiber internet with no annual contract at all. Now that’s a win-win."

Compared to Comcast's Xfinity, Fios "wins on speed," according to a report in 2017 by High-Speed Experts, which also recommending Fios for "techies, gamers, 4K video streamers, and remote workers who need the absolute best quality of service."

Fios, which stands for Fiber Optic Service, launched by Verizon in 2005 and expanded for the next five years, reaching national critical mass in 2010. There are, however, some areas of the country where it is unavailable.

Google launched a similar product, called Google Fiber, in the early 2010s, although it always arrived in a handful of cities and expansion was halted in 2016.

Broadband Now allows users to perform a Fios speed test and found that the fastest markets in the country for Fios are Baldwin, N.Y., Boston, Briarcliff Manor, N.Y., Flanders, N.J. and Yaphank, N.Y.

If their speed is noticeably slow or not working at all, especially under a load of extra users during these work-from-home times, Fios customers are advised to take certain steps, while also checking into whether there's an outage in progress.