Giving Startups a Coronavirus Bailout Is A Good Idea 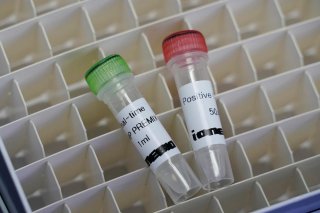 Is it somehow, I dunno, untoward for Silicon Valley startups — those powerful examples of American capitalism at its best — to seek a government loan (assuming they can) to stay in business and prevent layoffs? The New York Times contributing writer Kara Swisher suggests it might be. She says the very notion of taxpayer dough heading to the land of unicorns “rankles many people who don’t want to foot the bill for venture capitalists who then can keep their own powder dry for the inevitable turnaround.”

Now Swisher doesn’t quote any of the rankled, actual or potential. It seems more the case that venture capitalists are worried about a possible mass rankling should they grab some government-supplied cash. The ones she spoke with “do not want to attract pitchfork anger from those who think the well-to-do of tech should permanently social distance themselves to the very back of the line.”

More like startups should choose self-quarantine when it comes to time to standing in line for Washington’s help. But why, exactly? The whole reason we want to support small business generally through this national economic shutdown is to maintain the ecosystem of relationships — both employees and suppliers — and stock of specialized knowledge that makes these firms unique. All of which certainly applies to potentially high-impact startups financed through venture capital. We should want as much as possible for the US private sector to avoid layoffs today and be ready to ramp back up tomorrow.

And we certainly don’t want major damage inflicted upon America’s startup ecosystem, an uber-valuable national asset and the envy of every other nation. Repairing or recreating or regrowing that ecosystem after a historic economic shock might not be so easy. Just think about how many nations wish their startup sector were as vibrant as America’s. You can have lots of important pieces — such ample capital and smart techies — but often those key ingredients still aren’t enough. (Sometimes even having all the ingredients isn’t enough.)

And anway, this isn’t some Schumpterian shock supplying a needed dose of creative destruction to a staid, lethargic sector. As UK entrepreneur Ben Stephenson writes in a sharp little blog post: “There are far too many people in our industry that view this like a market event. It is not. It is human and economic chaos at its most brutal. If left unchecked the strong will die along with the weak simply because of bad luck.”

We’re all spending far too much time worried about moral hazards and the unjust getting help rather than pushing cash out the door ASAP and making this downturn as short as possible — and the subsequent rebound as strong as possible.

Learn more: What 'The Martian' tells us about pandemics and progress | Washington must make sure ample economic support flows to VC-backed startups | Don’t let more isolationism and autarky be the legacy of this pandemic

This article by James Pethokoukis first appeared in AEIdeas on April 4, 2020.