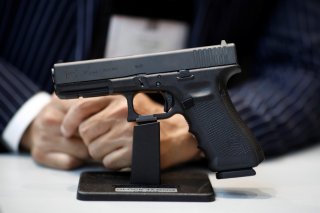 For nearly four decades, Glock has produced iconic firearms that truly took the firearms industry in a new direction. The company has also been highly protective of its brand, even as some of its original patents have expired. While some firearms manufacturers have been able to introduce so-called “Glock clones” in recent years, the Austrian firearms maker has been known to be quite litigious—and over the past twenty years, Glock, Inc., the American arm of the Austrian parent has brought at least eleven trademark infringement suits against more than a dozen companies.

Most of those companies were manufacturing or distributing replica versions and even airsoft copies of the Glock. They faced the wrath of the European court system for simply looking too much like an actual Glock.

“The shape of various items would be there because that’s a feature of the Glock pistol,” Tony Askew, the lawyer who represented Glock in the suits, told Miami New Times in a 2018 interview.

However, last month Glock’s legal streak seemed to have come to an end, as the Rennes Court of Appeal in Europe issued its decision in Nouvelle Europe’ Arm SAS v Glock GmbH, which concerned the shape of the Glock handguns. The Court of Appeal canceled Glock’s 3D mark for the shape of its Glock 17 pistol on the ground that it lacked distinctiveness—as the evidence submitted by the defenders essentially established that the shape of the pistol had become “generic and commonplace.”

Yet, by using the reputation of Glock’s handguns to promote their own replicas, the court found that the defendants did harm—at least indirectly— to Glock’s economic interests, according to a report from World Trademark Review, an industry trade magazine that covers the commercial and international practice of trademark law.

This case seemed to be a long time in coming, as Glock GmbH fired its lawsuit against the French maker of replicas in 2015.

As World Trademark Review reported, “Glock proceeded with the seizure of this stock, which was held jointly by Nouvelle Europ’ Arm (NEA) and BO Manufacture (BOM). Glock considered that these replicas amounted to counterfeits of its trademarks—and notably its 3D trademark—and that this was a violation of the exclusivity granted to Cybergun. Glock then summoned NEA and BOM before the High Court of Rennes, seeking damages and the destruction of the infringing goods. Glock’s requests were granted.”

While the court has recalled the principles of distinctiveness, NEA and BOM countered that the 3D trademark simply corresponded to a generic shape of a pistol. The two firms also noted that the form and appearance of the infamous Glock 17, which was first introduced onto the market in the early 1980s, had already been largely copied by not only replica gun makers, but by actual firearms companies before Glock’s trademark application in 2015.

Glock’s trademark was canceled for lack of distinctive character, but the firearm maker also argued that its copyright had been infringed due to the commercialization of the replicas produced by NEA and BOM. The court did find that the behavior of the company to use the popularity of the Glock brand including referring to it as the “famous G17” in communications—was “parasitic” and awarded Glock damages on those grounds.

The result could be that replicas of the Glock will likely continue to be produced, but companies that make and market those will need to tread carefully and avoid referring directly to the Austrian firearms maker in the future.