Glock and the Rest: 5 Best Semiautomatic Handguns on Planet Earth 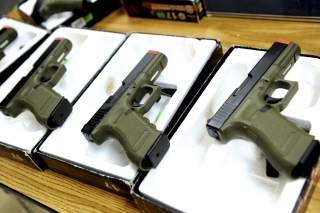 A Glock will work—period—in dusty, dirty, demanding conditions that will cause other handguns, especially larger caliber ones, to fail. The Glock 17’s fifteen-round magazine is more than twice the capacity of other guns on this list. While the nine-millimeter cartridge is as much as one quarter as powerful as the .44 AMP, proper shot placement on target can easily make the Glock 17 as dangerous as its much larger cousins.