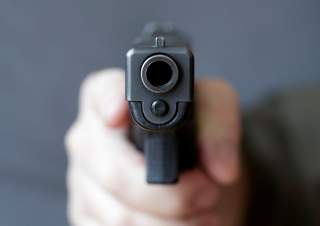 A friend of mine asked me once, “What are the the first two words that come to mind when you hear the word ‘Glock’?” I said, “Reliability, perfection.”

Up until today I’m not sure if I really should have said that second word. But it’s on Glock’s logo, and I’m a very visual person.

Glocks are without a doubt some of the most reliable firearms in the world. Several countries’ military and law enforcement use them. Plastic gun fans swear by them.

To say these handguns are reliable is an understatement — they’ve been submerged in water and mud and tortured to hell and back, and they would still spit lead like nobody’s business. That’s how reliable Glocks can be.

“Perfection” as a concept, at least to me, is a misnomer. Not to be overly philosophical about it, but no matter how “perfect” something is, there will always be something better. Anyone can give me the highest number they can think of and I only need to add 1 to it, I’ll have a greater number.

As the CEO of a world-renowned copier machine brand once said, “In the race for quality, there is no finish line.”

Glocks are a lot of good things but perfect. True, some have been submerged in mud, but in one of those tests even the unsightly, cheaply-made Hi-Point beat a Glock in reliability. And Glocks are not immune to catastrophic failures either. No firearm is, in fact.

If that’s not enough proof, consider the following argument: If these handguns were perfect, why is there always a newer generation of Glocks coming out every once in a while? Are we to assume that perfection just fades over time?

In Round 7 of our Handgun Showdown series, we’re comparing two versions of the Glock 19: Gen 3 vs. Gen 4, to try and answer that question.

When the first Glock pistol (Glock 17) was released in Austria in 1982, it caused quite a sensation. It wasn’t the first of its kind, sure — that honor belongs to the H&K VP70which was produced in Germany in 1970.

But it became the success that it is today because it just worked (that, and the VP70 had a terribly heavy ~20-lb. trigger pull weight). It was so reliable that it was adopted by the Austrian military, a few years later by Norway and Sweden, and later in the 1990s by US law enforcers.

Six years after, it got a few upgrades. People were probably complaining about not getting a secure purchase on the grip, so the newer Glock pistol grips got their front and rear straps checkered.

The older plastic magazines also got an upgrade — the newer version had a metallic frame to reinforce the plastic, eliminating any possible feeding/chambering issues. The barrel and slide were reinforced while the recoil spring was integrated with the guide rod, becoming a single captive piece.

To Glock enthusiasts, these changes marked the end of the first generation. Gen 2 was born.

Up until 1990, all Glock pistols had a blocky grip area. Another six years later, the second generation got a bit of a makeover which improved the ergonomics as well as the aesthetics of these pistols.

Finger grooves were added to the front of the grip, as well as a notch that serves as a thumb rest on both sides of the upper grip area.

The dust cover on the frame got a nice upgrade: a rail for attaching lasers orflashlights. Glock calls this the Universal Rail, which would continue to be a feature in the next two generations.

Aside from those visual changes, it got a new case extractor with an indicator. The user would know if the chamber is loaded.

These changes in 1996 resulted in what’s known as the Glock Gen 3, and up to this article’s writing, Gen 3 pistols are being sold on Glock’s website.

But even if Gen 3 is the longest running generation of these plastic handguns, Glock didn’t stop “improving” on it. A feature that was added in later production Gen 3 models is an ambidextrous magazine release for left-hand shooters (which is odd because until Glock added that new ambidextrous mag release, all magazines including early third generation ones only had one release notch — on the right side — so this never really worked well, some owners even reported malfunctions because of this feature).

In 2009, just a year before the newer fourth generation would be released, Glock started offering newer Rough Textured Frame (RTF) versions of their pistols.

A year after the last cycle of upgrades for the their third generation pistols, Glock released the Gen 4. Up to that point, they never really acknowledged the way enthusiasts categorized their pistols on “generational” improvements.

Now, all new models that have significant design improvements compared to all previous Glock releases have “Gen 4” laser-etched on their slides, making them easily distinguishable even to those who aren’t Glock fanboys.

In addition, Gen 4 models have other new features readily visible out of the box, the first and probably the most obvious is the finish.

Glock uses a salt-bath ferritic-nitrocarburizing process which, depending on who you ask, is labeled either Tenifer or Melonite (enthusiasts argue that the company has always used Tenifer until 2011 when they first started using Melonite — both are trademarked processessold by the same company) to treat the slide’s surface for corrosion resistance.

But the coating they use (on top of the treated slides) is a little different compared to previous versions, resulting in a lighter shade of gray finish in Gen 4 models.

Gen 4 Glocks now come with different-size interchangeable backstraps in the box (along with three magazines as opposed to two in Gen 3s).

This is to help different users (i.e. those with bigger hands) get a more solid purchase on the grip. A good grip allows for more accurate shots and better recoil control, as was discussed in Round 1 of this Handgun Showdown series.

And this adaptive grip feature doesn’t only benefit people with larger hands, because to make sure people with smaller hands also profit, the company designed all Gen 4 pistol grips to be relatively thinner compared to all previous generation Glocks.

Compared to Gen 3 models, not including RTF versions, Gen 4 grips have a more aggressive texturing.

But unlike RTF versions with grips that had needle-like checkering, Gen 4 uses flat-cone-like checkering which is comfortable and easy on the hands while providing the same level of grip traction for easier recoil control.

Prior to Gen 4 being released, all Glock pistols suffered from a relatively minor but nonetheless annoying problem of having a small (almost miniscule to some), low-profile magazine release button.

I say minor because for one, with enough practice, the smaller magazine release will eventually become easier to operate. And since most Glock pistols have high-capacity magazinesanyway, this only really becomes a nuisance in the range.

I also think that for typical self defense situations, a Glock 19 with 16 rounds of 9mm(15 in the mag and an additional round in the chamber) will be more than enough to stop any two-legged threat (unless you’re facing six or more bad guys, which is highly unlikely unless you’re in law enforcement or in the military, in which case an AR15 or a shotgun shouldn’t be out of reach — even if you’re not, most bad guys would run at the sound of a warning shot).

Still, a lot of people were complaining about the tiny magazine release button on Gen 3 pistols. So for Gen 4, the company decided to make that button significantly larger.

They also made it reversible out of the box instead of ambidextrous (drop-in aftermarket ambidextrous mag release buttons are still available for Gen 4s though). Left-handed shooters can easily put it on the gun’s left side so it can be pushed with the left thumb.

And to make sure the reversible mag release will work reliably, all Gen 4 magazines now have a notch on both sides.

Comparing the business end of a Gen 4 pistol to that of a Gen 3’s, the recoil guide rod’s diameter is bigger on the Gen 4.

To accommodate the significant increase in the recoil guide rod’s diameter, Gen 4 slides have to have a bigger cutout portion in front, which means a Gen 3 recoil guide rod will not fit in a Gen 4 slide (unless you use an adapter ring that Glock sells).

The recoil guide rod’s diameter being bigger on Gen 4 models is not for aestheticsthough. There’s a mechanical reason behind this new feature.