Gluten Is Bad: For These Americans, Bread Has Become A Silent Killer 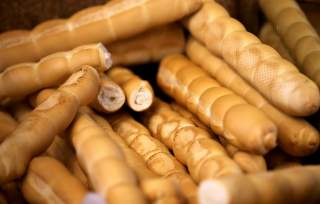 Key point: If someone does not have celiac disease but suffers from symptoms of gluten sensitivity, an elimination trial of gluten is often helpful for reducing migraine frequency or severity.

This article is republished from The Conversation under a Creative Commons license. Read the original article. This article was first published last year.