Goldman Sachs Seems to Have a Diversity Problem 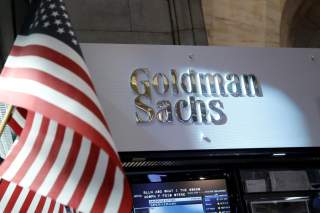 Other countries have introduced voluntary targets and imposed penalties for failing to appoint women directors. And this year, public companies in California will face a US$100,000 penalty if their boards don’t include women.

Recently, Goldman Sachs announced that it will not take a company public unless the business has at least one woman on the board of directors. This signals a growing consensus among large investors that companies with all male boards are less profitable and less competitive than other companies.

This push is important, particularly as women directors remain significantly underrepresented on corporate boards and the U.S. falls behind a number of other countries in women’s presence on boards.

But it’s not enough.

We are a sociologist and a management professor, and for more than a decade, we have analyzed the impact of board diversity.

While a single woman on the board can move a business in the right direction, companies with a critical mass of women directors – that means three or more – outperform others on nearly every measure.

Our work shows that women’s presence on the board increases leadership opportunities for other women.

When women serve on the board, other women are more likely to be appointed CEO and enjoy longer tenures compared with women CEOs in companies without board diversity. Women on the board also shield women CEOs from the glass cliff, the tendency to appoint women to top leadership roles during times of crisis.

Board service can also serve as an important leadership pipeline. Only 5% of Fortune 500 companies have a woman CEO and fewer than 1% have a woman of color at the helm, so fostering talent is necessary to create change.

All too often companies practice a “one and done” policy when it comes to appointing women to corporate boards. Women are most likely to be appointed to boards when the current woman director is stepping down.

In other words, the end of one woman’s tenure motivates the board to appoint another woman. This tendency reveals that many companies view women as tokens, necessary to check the right box but not vital to board functioning.

Appointing a single woman to a board can limit her ability to demonstrate the full range of her talents. Being the “only one” on the board can heighten one’s outsider status, increase performance pressures and exacerbate sexist stereotypes.

Appointing a single woman to the board also doesn’t guarantee influence. Often women are relegated to lower prestige board committees and denied leadership roles. While women hold 23% of corporate board seats in the Fortune 500, they hold only 5% of board chair positions.

Where else are the gaps?

Our research also shows that women directors’ influence over board decisions is the true source of change.

Women’s presence on the board or on the committee had little effect on compensation outcomes, but when women chaired the all-important compensation committee, the gender wage gap disappeared.

Companies must also move beyond a simplistic understanding of “diversity” that begins and ends with promoting white women. While Goldman’s statement included language about “diverse members” on boards, the firm clarified that its focus is on women. Yet people of color remain vastly underrepresented in corporate leadership roles.

Our work finds that when boards include people of color, companies become more competitive and better governed. Minority directors are particularly influential in businesses led by white CEOs, a characteristic that describes the overwhelming majority of large companies.

Racial and ethnic diversity on the board also enhances a company’s commitment to equity. We find that companies with influential minority directors enjoy better work-life policies and stronger LGBTQ policies. They are also more committed to hiring and recruiting a more diverse work force and supplier base.

Some companies are expanding board size, appointing younger directors and relaxing outdated requirements for board leadership, all in an effort to increase women’s representation.

For example, The Motley Fool, a financial services company seeking to increase board diversity began leveraging internal and external networks, setting clear guidelines to reduce biased candidate evaluations and considering candidates at different career levels and from outside the industry.

The result is a board filled with a diverse group of talented and innovative business leaders. According to The Motley Fool’s chief network officer​, talented and qualified candidates are out there but too many companies are not recruiting them.

A recent survey found that most male directors believe board diversity is important but that boards will naturally become more diverse over time, even without much effort. Evidence suggests otherwise.

Board integration is slow and uneven and can only be realized with a sustained commitment by companies and investors to champion best practices for recruitment and appointment.