Good News: The Air Force Wants to Re-Wing and Keep 112 A-10 Warthogs 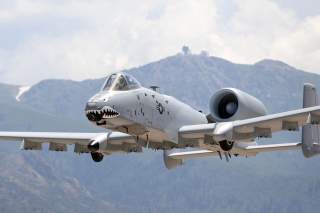 As we have previously explained, over the past several years the A-10 received little support from the USAF that instead pushed to retire the Warthog from FY15 onward.

According Jane’s, the U.S. Air Force (USAF) has issued a request for proposals (RFP) to re-wing about 100 of its Fairchild-Republic A-10 Thunderbolt II close air support (CAS) aircraft.

The RFP for the A-10 Thunderbolt Advanced Wing Continuation Kitting (ATTACK) program, which was released on May 25, 2018, calls for the re-winging of 112 aircraft over five annual ordering periods, with the option for two more years after that.

This ATTACK effort adds to the 173 aircraft that were upgraded under the previous Wing Replacement Program (WRP) that ran from 2007 through to 2018, with Boeing as prime contractor. Despite the USAF’s announcement midway through the WRP that it was to prematurely retire the A-10, it was deemed cheaper to continue with contracts awarded under the A-10 Thunderbolt Lifecycle Program Support (TLPS) than to cancel them.

Noteworthy General James Holmes, Air Combat Command (ACC) chief, revealed earlier this year that the USAF aims to maintain a fleet of 285 aircraft (the sum of the WRP and ATTACK programmes) out into the 2030s. Approximately 350 A-10s are currently in the inventories of the active USAF, Air Force Reserve, and Air National Guard, although a number have already been sent for mothballing at Davis-Monthan Air Force Base (AFB) in Arizona.

Since the A-10 is a legacy platform, it is supported equally by Boeing, Lockheed Martin, and Northrop Grumman. Responses to the ATTACK RFP are due by Aug. 23, with a contract expected in fiscal year 2019 (FY 2019).

As we have previously explained, over the past several years the A-10 received little support from the USAF that instead pushed to retire the Warthog from FY15 onward. In FY18, the service decided to retain the aircraft but kept the procurement of new wings out of its budget, bumping it instead into the unfunded wish list given to Congress every year.

The USAF requested $79 million in its FY19 budget proposal — a sign that the service was ready to dedicate part of its funding to retaining the A-10 fleet.

The issuance of the ATTACK RFP is the surest indication of the USAF’s intention to reverse its decision to retire the A-10 so as to free up resources for the Lockheed Martin F-35A Lightning II.