Good News for Apple: It Dominates in the Tablet Market 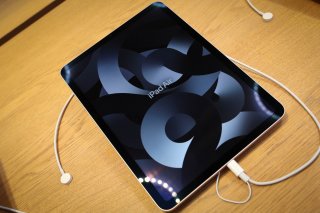 Strategy Analytics this week released market share figures for the worldwide tablet market and found that Apple led, with 15.8 million shipments, for a 39 percent market share. Apple did, however, gain 1 percent over the final quarter of last year, when Apple’s supply was constrained over the holidays.

Samsung was second, with 8.2 million, and 20 percent—leading all manufacturers of Android-based tablets—while Amazon came in third, with 3.7 million and 9 percent. In fourth place was Lenovo, with 3 million shipments and 7 percent, followed by Microsoft, with 1.4 million and 3 percent. A full 8.7 million shipments were part of the “other” category, comprising 21 percent of the market.

As for the overall market, 40.9 million tablets were shipped in the quarter, a 10 percent decline year over year. In fact, all of the top five posted declines, with the exception of Microsoft, which gained 1 percent. Apple posted a 6 percent decline, Samsung and Amazon dropped 1 percent each, while Lenovo dropped 20 percent.

Per the firm’s report, “ripple effects of the COVID pandemic” had a lot to do with the results, and while demand remains high, “vendors wrestle with supply constraints and logistical issues also stemming from the pandemic, now in Year Three.”

“Tablet demand never really went away despite shipment declines for the last three quarters. This has all been about vendors managing the twin challenges of persistent demand and supply constraints,” said Eric Smith, director for Connected Computing for Strategy Analytics, in the release.

“Samsung, Amazon, and Microsoft pulled off great quarters given all the macro-level challenges with fresh portfolios and strong distribution strategies. Apple’s recovery from the supply constraints of last quarter was equally impressive as they actually grew shipments sequentially. That’s unheard of in this business, but with more disruptive factors at play, we should come to expect the unexpected.”

The film also noted the position of Android tablets specifically.

“Android tablet market share is at a new low of 50%, but competition has heated up among Android vendors looking to grab market share from Huawei’s smaller device footprint as well as the fast-shrinking white box market,” Chirag Upadhyay, an industry analyst, said in the release.  “Lenovo has been growing for more than two years with this strategy but Xiaomi, Honor, realme, OPPO, and even Nokia have recently jumped into the tablet market, creating new dynamics in mainland China and a handful of markets in South Asia, Southeast Asia, and Europe.”

In its quarterly earnings call last week, Apple had warned of continuing supply constraints, which specifically affected shipments of iPads.