Good or Bad? The Fed Lowered Interest Rates in the Face of Coronavirus 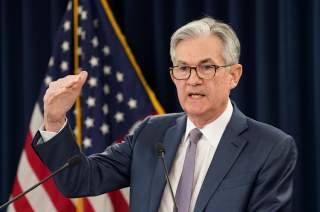 One of the challenging parts of my job here at Cato is that it calls for me, not only to make the case for monetary alternatives, but to comment on current Fed policies. Why is that such a challenge? Because so far as many of my fellow free-market fans are concerned, saying that the Fed should do X rather than Y amounts to endorsing monetary central planning—a major free-market no-no. Their own preferred policy recommendation is simple: "End the Fed."

Well, I'm not against ending the Fed, provided it can be done without raising havoc, and particularly without harming innocent people, including the many holders of U.S. dollar-denominated assets. My own ideal resembles Milton Friedman's plan for replacing the FOMC with a computer, the difference being that my computer would automatically provide, not for stable growth of some monetary aggregate, but for a stable level of nominal spending. Whether such a reform would amount to "ending" the Fed is a question of semantics. Anyway, it would be good enough for me, if we ever managed to get there. But in the meantime, I don't favor a "do nothing" Fed. Moreover, I deny there's any such thing.

As I write this, for example, the Fed has just announced an immediate, emergency 50 bps rate cut in response to the coronavirus panic. I don't know if that response is ideal; but despite what many of my libertarian friends think, I'm certain it's better than no Fed response at all. Nor do I believe that a prudent libertarian case can be made for claiming we'd be better off had the Fed stood pat—let alone vanished in a puff of smoke!

Saying that it's appropriate for the Fed to respond to coronavirus outbreak isn't the same as saying that it can prevent the outbreak from doing some serious damage to the world economy. Fed actions won't cure the disease, keep it from spreading, undo government lock-downs, or prevent disease-related factory closings from disrupting supply chains and production elsewhere. But Fed officials know this, as do most economists who have called for a fed response. Their claim isn't that the Fed either can or should try to make-up for the disease's adverse supply-side consequences. It's that it can and should take steps to keep the financial-market repercussions of these supply-side developments, which have included a sharp worldwide increase in the demand for dollar-denominated assets, from leading to a collapse in spending.

The idea, in short, is to spare the U.S. and world economy from the double-wammy of a combination adverse supply AND adverse demand (spending) shock. To do that the Fed can't just stand pat; and telling it to do so is offering advice which, were it taken seriously, would not harm the Fed so much as it would harm many innocent people.

Let's set monetary policy aside for the moment and consider a different case: fire-fighting policy. And let's assume, for the sake of argument, that fire-fighting is a government monopoly and that private fire-fighting companies would, if allowed to, handle it better than the government does. That of course would justify one in arguing for fire-service privatization.

But now suppose that, that argument having fallen on deaf ears, dry weather, high temperatures, and high winds cause brush fires to break out everywhere, with some threatening major population centers. Would it be prudent for those who favor fire-service privatization to recommend that the government fire-fighting crews stay put? Would it help gain support for the case for privatization? Or would it merely make proponents of that idea appear irresponsible, if not callous?

I think the question answers itself. At least, I hope it does! While we may not like the government-run fire department, so long as it's all we have, we should insist, not that it "do nothing," but that it try to replicate the preferred private-market outcome as well as it can.

With Fiat Money, "Doing Nothing" is Meaningless

The fire-fighting analogy only goes so far, in part because in it the meaning of "doing nothing" is straightforward. When it comes to managing fiat money, that idea has no equally clear counterpart. Even when the Fed (or any other central bank) appears to "do nothing," it's still engaged in monetary central planning. In particular, it's still influencing short-term interest rates. It's therefore also meaningless for libertarians to say that the Fed should "let markets" set those rates. Whether we like it or not, and no matter what specific actions the Fed takes, it is "the" big player in the credit market, and in the short-term credit market especially, and it couldn't avoid influencing short-term rates if it tried.

That the Fed can't help influencing short-term interest rates should be especially obvious in the case of its present, abundant-reserve or "floor" operating framework. Here, the Fed's policy stance is fundamentally a matter of the values it assigns to two rates it sets directly: the rate of interest it pays on banks' excess reserves (the IOER rate) and the lower rate it pays other counterparties in its overnight reverse-repurchase operations (the ON-RRP rate). When, for example, the Fed lowered its rate target settings just now, it also lowered each of these administered rates by 50 basis points. When the Fed adjusts its own rates, market rates tend to follow, as a simple matter of interest-rate arbitrage.

Given this description of how the Fed operates, what would it mean for the Fed to have "done nothing" today? Suppose it had left rates alone. Would that have been "doing nothing"? Hardly: it would have meant pursuing an alternative Fed plan ("central plan" if you prefer), calling for a continuation of the plan the Fed happened to implement some days ago. Nor could one say that any Fed rate settings would have been equivalent to its "not" engaging in monetary central planning. Finally, because "natural" or "neutral" interest rates (rates consistent with minimal Fed disruption of market-clearing price signals) can themselves change frequently, there's no reason to suppose that an unchanging Fed stance is generally better than a changing one.

If the point seems any less obvious here, it's because of the temptation to equate an unchanging Fed balance sheet—more particularly, its refraining altogether from either buying or selling assets in the open market—with "doing nothing." But the temptation should be resisted. A constant Fed balance sheet under the pre-2008 regime was no less a monetary central plan then than a constant Fed interest-rate setting is today.

What's more, it could be a particularly foolish monetary central plan. It would have been a lousy alternative to the classical gold standard, which itself allowed for steady growth in the monetary base, and thereby kept deflation within tolerable limits. Nor would it have been a wise plan in 1930-33 (cf. Milton Friedman and Anna Schwartz), or on 9/11, or in 2008. And, if we still relied on that old framework today, it would be a particularly foolish plan now.

In observing that some monetary central plans are worse than others, I don't mean to gloss over the difficulties of monetary central planning. Much less do I intend to suggest that I myself know the "right" plan, either now or at any time. I don't know whether the Fed's decision today was the best one it could have made or not. I only know that when it comes to Fed policy there's nothing especially "free market" about sheer inertia. Allowing that the Fed's central planning was lousy yesterday, why should its plan for yesterday be a good plan for today?

By all means, let's keep making the case for limiting the Fed's powers, and putting it on automatic pilot, while encouraging the development of private monetary alternatives. But let's not suppose that we forward the case for such alternatives, or reduce the Fed's powers and privileges, by having it do less than it might to contain a crisis. The Fed's serious policy blunders have seldom led to any reduction in its powers in the past. On the contrary: as I pointed out some years back, at the Fed, nothing succeeds like failure.

This article by George Selgin originally appeared in the CATO at Liberty blog in 2020.