Google Buys FitBit for Over $2 Billion 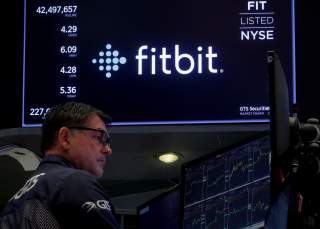 Google has agreed to purchase fitness watchmaker Fitbit for about $2.1 billion, the activity-tracking company announced in a Friday press release.

Both companies have received backlash for their data-collection practices — Google for its massive scale of data collection and Fitbit for collecting specific individual health-related data.

“Fitbit will come under Google’s privacy policy. Similar to our other products, including Fit, we will be transparent about the data we collect and why,” Google spokeswoman Heather Dickinson told the Daily Caller News Foundation. “We will never sell personal information to anyone. Fitbit health and wellness data will not be used for Google ads and we’ll empower Fitbit users to review, move, or delete their data.”

Google has announced plans to acquire Fitbit, the world’s leading maker of wearable fitness activity trackers. The deal, worth about $2.1 billion, is one of Google’s largest acquisitions. https://t.co/SEa1lMJpur

“We’ll also honor the privacy commitments that Fitbit has made. … We provide tools for users to control their data, including deletion and correction. Google has been a leader in providing users with the ability to export their data if they want and we’ll be bringing Google’s robust data security and portability standards to Fitbit,” she added.

Fitbit said Google is an “ideal partner” to promote its mission as a fitness watch maker.

“More than 12 years ago, we set an audacious company vision – to make everyone in the world healthier. Today, I’m incredibly proud of what we’ve achieved towards reaching that goal,” Fitbit co-founder James Park said in a statement. “We have built a trusted brand that supports … users around the globe who rely on our products to live a healthier, more active life.”

“Google is an ideal partner to advance our mission. With Google’s resources and global platform, Fitbit will be able to accelerate innovation in the wearables category, scale faster, and make health even more accessible to everyone. I could not be more excited for what lies ahead,” Park continued.

The release added that health-related data Fitbit collects “will not be used for Google ads.”

Google, which receives 5.6 billion searches per day, has faced backlash over its mass-data collection practices, which, according to the tech giant’s website, are supposed to make its “services work better for you.”

Fitbit, which has 27.6 million active users, has also come under scrutiny for tracking the people who use its products after publishing a global heat map.

The map was meant to give people a visual representation of how many people are running or walking around the world but posed a serious national security risk by exposing sensitive areas such as military bases in war zones, the ForeignPolicy.com reported.

Fitbit’s website says the company “tracks every part of your day — including activity, exercise, food, weight and sleep — to help you find your fit, stay motivated, and see how small steps make a big impact.”

Google is buying Fitbit for billions.

Eventually they won’t buy a centralized company to get your data.

They’ll just buy the data right from you.

Google Senior Vice President of Devices & Services Rick Osterloh said the tech giant is “looking forward” to working with Fitbit to bring together “the best hardware, software and [artificial intelligence] … to help even more people around the world.”

Fitbit and Google will be competing with Apple, which shipped 22.5 million Apple Watches in 2018, according to Apple technology review website 9to5Mac citing data from The NPD Group.