The GOP Needs Its Very Own ‘Infrastructure’ Plan 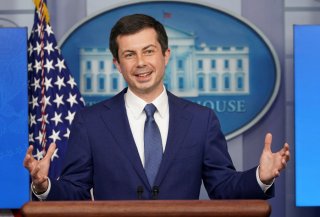 “This is not going to be, apparently, an infrastructure package,” McConnell told reporters after Biden briefed him on the bill. “It’s like a Trojan horse,” he warned. “So, it’s called infrastructure, but inside the Trojan horse is going to be more borrowed money and massive tax increases.” Biden’s wooden pony comes saddled with the Made in America corporate tax plan, which, his administration claims, would fully fund his infrastructure program within the next fifteen years and reduce future deficits. The corporate tax rate would rise from 21 percent to 28 percent as a result.

Ben Mathis-Lilley, a senior writer at left-leaning Slate magazine, more or less agrees with McConnell’s woes. Biden’s plan, he writes, is “ostensibly related to infrastructure,” but it’s “really just a plan for trying to fix everything.” Like McConnell, he takes umbrage with the fact Biden “wants it financed by tax increases on wealthy individuals and corporations.” But what’s actually in the bill?

McConnell is right that the attractively named “American Jobs Plan” contains a litany of items unrelated to what most Americans consider infrastructure. Funding for roads, bridges, waterways, airports, and ports constitutes an estimated $115 billion of the $2.25 trillion total price tag. “Infrastructure,” in this plan, is a very plastic term, with real implications belied by its lofty stated goals.

The massive sums set aside to combat climate change, and the regulatory green regime it would create, are effectively corporate subsidies and vehicles for bureaucratic expansion. The bill racializes research and development by reserving billions in “research infrastructure” money “for Historically Black College and Universities (HBCUs) and other Minority Serving Institutions, including the creation of a new national lab focused on climate that will be affiliated with an HBCU.” It also includes billions aimed at reducing “racial and gender inequities” in STEM education—but money can’t solve the problem of minorities and women simply choosing different fields on average. Moreover, if Biden wants to help STEM students and grads, a better approach would be addressing the practice of companies actively discriminating against American citizens in hiring. The Department of Justice recently filed a lawsuit against Facebook for just that reason.

On the other hand, if the Republican Party is worried about Biden’s infrastructure fever dreams, it should finally come up with its own cure instead of simply complaining. Indeed, the GOP is likely aware that many of its constituents are sympathetic to elements of Biden’s plan in principle.

In the court of public opinion, it is irrelevant that the “American Jobs Plan” will, more than anything else, please interest groups and consolidate one party’s control over the government. The president has called attention to the more popular proposals in the bill, such as clean water programs, high-speed internet, electrical grid upgrades, and improvements to veterans’ hospitals. Though these things may stretch the meaning of infrastructure, they nevertheless resonate broadly. Former President Donald Trump himself pledged to “promote clean air and water” in 2017.

Also included is support for domestic production of critical technologies and goods such as semiconductors, which Biden has cleverly connected to America’s ability to compete with China. “Do you think China is waiting around to invest in this digital infrastructure, or on research and development?” he said.

In truth, the GOP is dealing with a problem it helped create for itself.

In his 2016 victory speech, Trump promised to “rebuild our highways, bridges, tunnels, airports, schools, hospitals”—all things that, however ineffectively, Biden’s plan also promises to do. The month after his inauguration, a Gallup poll found that Americans viewed infrastructure as Trump’s most important campaign promise. Of course, they did: infrastructure investment means making American great again by literally rebuilding it and creating jobs in the process. But McConnell, aided by then-House Speaker Paul Ryan, convinced Trump to instead abandon infrastructure for what became the Tax Cuts and Jobs Act.

“In 2017, after Ryan and Senate majority leader Mitch McConnell shepherded a tax cut through Congress,” writes Peter Beinart, “Trump signed it into law even though, according to the recent book Let Them Eat Tweets by political scientists Jacob Hacker and Paul Pierson, it constituted the second-least popular piece of major legislation of the last twenty-five years.”

Fully 65 percent of registered voters strongly or somewhat support funding Biden’s infrastructure plan through higher taxes on corporations. Even Republican voters split narrowly: 42 percent support Biden’s plan to raise corporate taxes, while 47 percent oppose it. In all, three-quarters of voters agree that corporations should pay higher taxes, including 85 percent of Democrats and 59 percent of Republicans.

Corporate America has positioned itself in opposition to Republican voters. High-profile party figures like Arkansas Gov. Asa Hutchinson and South Dakota Gov. Kristi Noem have bowed to interest groups against their constituent’s wishes. So, it’s no surprise that a growing number of Republican voters support corporate tax hikes. The tax overhaul Biden has proposed would end profit-shifting to tax havens and eliminate a rule that allows American companies to pay no taxes on the first 10 percent of returns when they locate investments in other countries. Recall that Trump also promised to end Wall Street’s carried-interest deduction. The Tax Cuts and Jobs Act, by contrast, created incentives for corporations to offshore operations and jobs, including a zero percent tax rate on any profits generated abroad.

The Republican Party must do more than merely denounce the “American Jobs Plan,” or it risks falling further out of touch with its constituents. It must offer its own constructive vision for infrastructure to rebuild America.