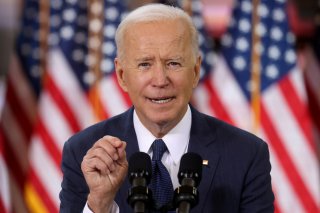 Upon President Joe Biden’s ascension into power, myriad foreign policy experts were concerned about what the transition would mean for foreign relations with China, North Korea, and Russia. Recent history suggests that there are good reasons for such concern. First, even though in 2020 there appeared to be a lot of bipartisan consensus for a tough stand against China, during the presidential campaign Joseph Biden declared that Donald Trump’s approach was too confrontational. Second, after President Trump substantially cooled the flames of a possible war with North Korea, Biden appeared to antagonize Kim-Jong-un by calling him a “thug.” Third, over the course of the Obama and Trump administrations, Democrats have had a consistent history of fanning the flames of a new Cold War with Russia.

President Biden has resided in the White House sufficiently long so that he has established a trajectory regarding how he intends to lead the country in each of these relationships. What are his “grades” to this point, with respect to each of these nations?

After decades of allowing China to steal technology from the United States and take advantage of American goodwill, now that President Biden has assumed the highest office in the land, he has concluded that Trump’s tariffs are appropriate, for the time being. It was clear, in the recent U.S.-China Anchorage talks, that Biden’s approach is going to be nearly as firm as Trump’s. To be sure, Biden will build from America’s alliances and also emphasize human rights more than Trump did. However, although Biden is tactically pursuing a different approach than Trump initiated, he is taking the nation to largely the same ends. Grade: A

It is the current relationship with North Korea that probably raises the greatest concern of the three nations addressed here, largely because: 1) the nuclear tensions between the United States and North Korea continued unabated while Biden was vice president during the Obama administration. When Trump assumed the presidency in January 2017, Obama called the potential for nuclear war with North Korea the greatest international threat facing the United States. With regard to the threat of nuclear war, it was arguably the most unrelentingly intense period since the Cuban Missile Crisis of 1962. 2) During the presidential debates, Biden called Kim-Jong-un a “thug” and has also sharply criticized Trump for establishing a dialogue with North Korea’s Supreme Leader.

President Biden’s administration claims that it has been reaching out to North Korea’s government through certain channels. However, as one would expect after Biden’s prior statements, Kim Jong-un has not responded to Biden’s overtures. Moreover, Kim Yo-jong, Kim Jong-un’s formidable sister, has warned Biden that if the United States “wants to sleep in peace for the coming four years, it had better refrain from causing a stink at its first step.” Clearly, this is not where one wants the new administration’s relationship with North Korea to start. Grade: C-

If saying a foreign leader is a “thug” is not conducive to improving foreign relations, Biden’s recent statement calling Putin a “killer” is even worse. While President Obama was in office, in 2014 Mikhail Gorbachev warned that the American president had reignited the Cold War. Gorbachev asserted that, “Plainly speaking, the US has already dragged us into a new Cold War.” President Obama infuriated Vladimir Putin in May, 2014 by, in the midst of Russia’s seizure of part of the Ukraine, calling Russia a “regional power.” For the remainder of Obama’s term, Putin attempted to remind Obama of Russia’s prodigious nuclearized military. Putin angered Americans when he stated that the United States was interested in Russia simply because it was the only nation that could “destroy America in half an hour or less.”

Democrats have continued to attack Russia. For example, both Hillary Clinton and Jimmy Carter asserted that President Trump’s election was illegitimate, largely because they claim it was the result of Russian interference. However, these claims are not consistent with the conclusions of the Senate Intelligence report.

It is a disservice to the United States, Russia, and the global community to return to Cold War vitriol. Both Biden and Putin should know from their decades of political experience that the consequences from the use of harsh words are difficult to undo. Grade: D-

It might seem that President Biden’s Grade Point Average (GPA) for these key international relationships may not be high. However, his weighted GPA may be somewhat better, because his stance on China may be the most important. Nevertheless, one can only hope he will use more prudent words and strategies in the days ahead.

William Jeynes is a Professor at California State University at Long Beach and a Senior Fellow at the Witherspoon Institute.