The Great Oil Crash of 2020 Has Arrived 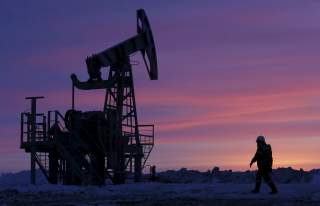 A chain of events on the international market, interrelated with fears of the coronavirus, a glut in the oil market, and uncertainty about the strength of the U.S. bull market has led to a dramatic fall in stock prices and a falling out in the price of crude oil.

As the coronavirus began spreading from China to other parts of the industrialized world throughout February, panic about the disease has people self-quarantining themselves. This has caused a dip in the travel market and people fear to go on international flights. A decrease in air traffic and other forms of transportation then caused a minor glut in the oil market, when less fuel was being used.

Last week Saudi Arabia attempted to negotiate a supply cut among OPEC and the other oil-producing nations to absolve the glut and keep prices up. Russia refused this outreach. “I want to stress that for the Russian budget, for our economy, the current oil prices level is acceptable,” Russian President Vladimir Putin told Russian energy officials. He was skeptical that a supply cut would revive demand in the short term.

This refusal of cooperation led Saudi Arabia to initiate a price war in retaliation. The House of Saud, contrary to their initial plans, will now flood the market with cheap crude to crash prices and extract concessions from its competitors by grabbing up market share. This involves increasing their daily output by almost two million barrels and setting its crude to Chinese buyers for as little as $6.

After this was announced on Sunday, the value of Brent Crude (the international standard) sank to $30 a barrel, its lowest price point since the Gulf War. Some analysists think that it could fall as low as $20 a barrel by the end of 2020. As a consequence, domestic oil producers and the U.S. stock market are now caught in the middle of this Russian-Saudi price war.

The reverberations through the rest of the economy were immediate. On Monday morning, the S&P 500 sank 7% in just the first few minutes of trading. This triggered an automatic halt in trading to prevent a panic. The S&P steadied at a 5.8% loss, while European stocks fell 8%.

President Donald Trump has attempted to put a happy face on the situation. “Good for the consumer, gasoline prices coming down!” he tweeted. “Saudi Arabia and Russia are arguing over the price and flow of oil. That, and the Fake News, is the reason for the market drop!”

Today is the eleven-year anniversary of the U.S. market bottoming out during the recession. Simultaneously, the yield on a ten-year U.S. Treasury bond fell to a previously unprecedented .408%, which is being interpreted as a signal that investors are expecting a recession.