A Great Upset: The Coast Guard's Snipers Outclass the Marines' Own Sharpshooters 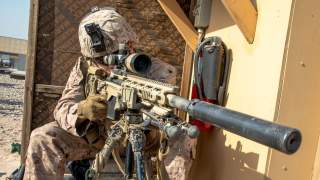 Key point: The U.S. Marines are good, but they aren't always the best. In a recent shooting competition, it was actually the Coast Guard that proved their skills. Marine snipers are considered among the most elite hunters of men in the U.S. military with Hollywood movies and countless books dedicated to them, and yet, for the past two years, they have been beaten in competition by the freakin' Coast Guard.

Over the past week, the 2018 International Sniper Competition has played out at Fort Benning, Georgia, with 30 teams going head-to-head from U.S. and international militaries, as well as local, state, and federal law enforcement agencies.And for the second year in row, snipers from the Army's 75th Ranger Regiment came out on top, while the Corps' finest got rocked by the service branch most would derisively label "puddle pirates."

The best team — 75th Ranger Staff Sgts. Brandon Kelley and Jonathan Roque — was chosen after all competitors went through "a gauntlet of rigorous physical, mental and endurance events that test the range of sniper skills that include, but are not limited to, long range marksmanship, observation, reconnaissance and reporting abilities, and abilities to move with stealth and concealment," according to the competition website.

The Coast Guard team, which is part of the service's Special Missions Training Detachment, came in 9th (They were 3rd place in 2017). The Marine Corps team, which was from the Scout Sniper Instructor School in Quantico, Virginia, came in 10th (the Corps team in 2017 got 7th place).

Still, to be fair, the Marines did beat out other elite units, to include the 1st Special Forces Group and the Navy's Special Warfare Group 1.

Which means that despite the bravado and competitive nature of different military branches, maybe it's time to pare it back a little on crap-talking the Coast Guard.

Because, like Globo Gym, their snipers are better than you. And everyone now knows it.

Here are the final standings: 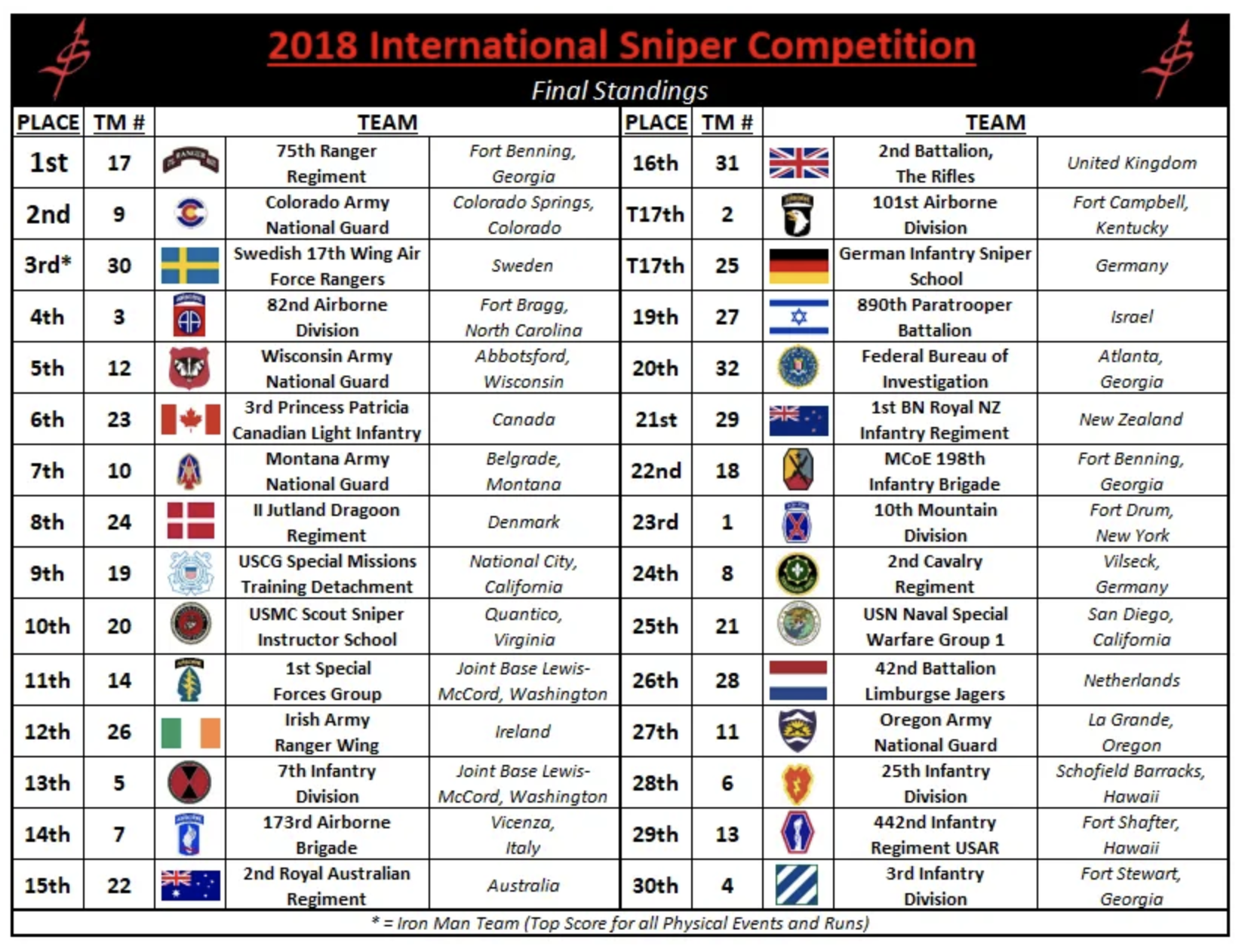