The Greatest Threat to America's Military? A 'Pearl Harbor' In Space. 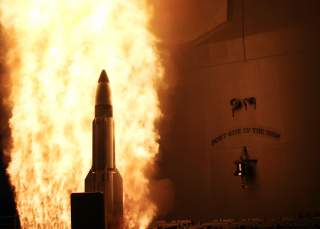 Dr. Brian Chow is an independent policy analyst. His recent publications in space appear in Strategic Studies Quarterly, SpaceNews, Defense One, Defense News, and Space Review. You can follow him on Twitter at @briangchow.