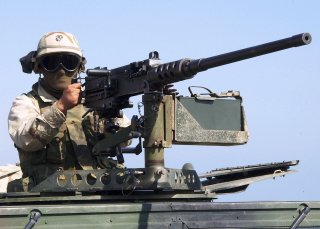 While perhaps not as famous as Leonardo de Vinci, Benjamin Franklin or Thomas Edison it would be fair to suggest that John Browning was really the gun world's combination of all three. He was a forward-thinking designer, who developed his first firearm while working in his father's gun shop when he was 13 years old, and who was awarded the first of his 128 firearm patents by the age of 24. His designs encompassed handguns and rifles; and this included single-shot, lever-action, pump-action and most significantly auto-loading firearms.

Browning was a firearms designer by trade, but he developed not only some of the most famous and iconic sporting rifles, but his military designs remain innovative and iconic even 90 years after his death. His military designs include the Colt M1911 .45 pistol, the Browning Hi-Power, the M1917 water-cooled machine gun, the M1919 air-cooled machine gun and the Browning Automatic Rifle (BAR).

Although Browning didn't invent the machine gun, he and his brother Matthew developed the first gas-operating system – whereby forward gas pressure from a fired round pushes the bolt back. This resulted in the Colt-Browning M1895 machine gun, which earned the nickname the "potato digger" due to its unusual operating system. The belt-fed, air-cooled machine gun had a cyclic rate of 450 rounds per minute. It saw use in the Spanish-American War, as well as the Second Boer War and even limited use during the First World War.

While not an especially successful firearm, it was just the first of Browning's designs for the military. His next one was a handgun, still in limited use by militaries around the world today: the Colt M1911 .45 pistol, which utilized the new .45 Automatic Colt Pistol (ACP) cartridge. It was the standard sidearm of the U.S. Military from 1911 until 1986, seeing service in the First World War, the Second World War, Korea and Vietnam. While it was replaced with the 9mm Beretta M9 Pistol, the M1911 is still used in a limited capacity by U.S. Army Special Forces as well as the Navy.

During the First World War Browning was among the first firearms designers to address the issue of "walking fire" with his Browning Automatic Rifle, the first truly successful automatic rifle. It was chambered with the same .30-06 round that was used in the Springfield M1903 bolt action rifle. The BAR provided an infantryman the ability to move forward with sustained fire, but a drawback was that it was hard to control on fully automatic fire, only used a 20-round magazine and was quite heavy. As a result it didn't fully live up to the U.S. War Department's requirements to supply infantrymen with one weapon that could be both rifle and light machinegun. However, the BAR remained in use throughout World War II, Korea and into the early stages of Vietnam

Browning's most successful military small arms design began as the water-cooled M1917, a .30 caliber recoil-operated machine gun that had a rate of fire of upwards of 600 rounds per minute. Browning had set out to improve upon the Maxim-based designs that were in service across Europe and the result was both lighter than either the Maxim or Vickers, but it also offered smoother operation.

Whereas the M1917 Browning was a good machine gun it was further improved as the air-cooled M1919 Browning. This reduced the weight, and while gunners had to be trained to manage the barrel heat by firing in controlled bursts, the gun was far more mobile. It was adapted to be used in vehicles, mounted on aircraft and even used in anti-aircraft roles. More than 100 years later the M1919 still remains in use in a secondary role across the globe.

And while Browning died in 1926 – at his desk working on what would become the Hi-Power – his legacy lived on with the M2 .50 caliber machine gun. It utilizes the same principals of the M1919 Browning .30 caliber but uses the much larger and more powerful .50 BMG cartridge. It was introduced in 1933 and saw use in the Second World War and every American military conflict since, as well as the Falklands War, the Soviet-Afghan War and countless other conflicts.

The "Ma Deuce" as it is known has a rate of fire from 450-600 rounds per minute and an effective range of 2,000 yards. It has been service for decades and there is no sign it will be retired anytime soon.