Hacked: How the F-15 Fighter Can Be Taken Own by a Cyber Attack 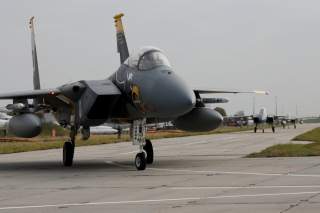 Key point: Thankfully the hackers were friendly as it was all just a test. However, these experiments exposed real vulnerabilities in the F-15.