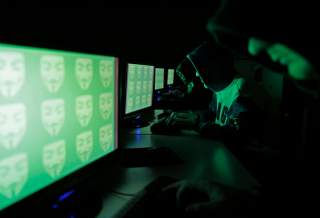 The thieves used a system that breaks down a person’s voice into sounds or syllables, which can then be rearranged to form new phrases with similar speech. Euler Hermes was unaware of which software was used, but similar software is widely available on the Internet and require minimal computing power.

Thieves used voice-mimicking software to dupe a company’s employees into putting hundreds of thousands of dollars into a secret account, the company’s insurer said, marking a first for the growing artificial intelligence industry.

The managing director of a British energy company followed orders one day in March from the supposed CEO to wire more than $240,000 to an account in Hungary, representatives from a French insurance company Euler Hermes told reporters. Unfortunately, thieves used voice-mimicking software to imitate the executive.

Euler Hermes refused to provide the name of the company.

Such software can copy the sounds and intonations of a person’s voice and be used to produce convincing speech. Tech giants and small start-ups like Lyrebird are refining the fakes and making the instruments more widely available for free. The Wall Street Journal first reported on the heist on Aug. 30.

“Criminals are going to use whatever tools enable them to achieve their objectives cheapest,” Andrew Grotto, a fellow at Stanford University’s Cyber Policy Center and a former senior director for cybersecurity policy for the Trump administrations, told The Washington Post, which reported on the heist Wednesday.

Lawmakers are warning that deepfake videos could be the wave of the future for those looking to kickstart cyber crime ventures.

Rep. Adam Schiff of California, for instance, believes the videos are a new type of AI capable of giving bad actors access to tools of deception. Schiff, a Democrat who chairs the House Intelligence Committee, also suggests the technology could allow Russian agents to elevate misinformation campaigns.

“What is a proportionate response should the Russians release a deepfake of Joe Biden to try to diminish his candidacy?” Schiff asked during a House Intelligence Committee hearing in June. He was addressing experts at Open AI, a group that considers the ethics of a technology before revealing it to the public.

The thieves used a system that breaks down a person’s voice into sounds or syllables, which can then be rearranged to form new phrases with similar speech. Euler Hermes was unaware of which software was used, but similar software is widely available on the Internet and require minimal computing power.

Lyrebird is one example of a company making such software. The company defends releasing the software, saying in an ethics statement on its website: “Imagine that we had decided not to release this technology at all. Others would develop it and who knows if their intentions would be as sincere as ours.”

GPT2 is fed text and asked to write sentences based on learned predictions of what words might come next. Access to the GPT2 was provided to select media outlets, one of which was Axios, whose reporters fed words and phrases into the text generator and created an entire fake news story.