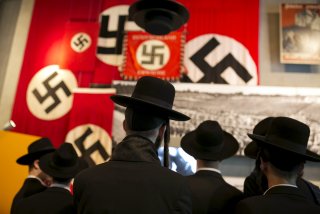 At a secret meeting of the Anglo-French Supreme War Council on Feb. 5, 1940, the leaders gave the go-ahead for the largely forgotten Operation Stratford. The plan was to invade Norway and occupy Sweden’s ore fields to keep them from falling into German hands.

The plan was ambitious, audacious and unsurprising given that the man behind it was Winston Churchill, who at the time was back as First Lord of the Admiralty. He seemed to be completely unabashed at plans to take another crack at ideas he had tried—and failed with—during World War I, notably the disastrous Gallipoli campaign. In his military plans, it seemed that Churchill was often of the mindset "go big or go home," opting for the unexpected and even daring. He clearly failed to understand that these were also as likely doomed to fail.

However, the British government had feared that a war on the continent in Europe was likely to be a repeat of the Western Front of World War I with a strategic stalemate and a huge casualty list. Thus, it was open to the idea of a campaign to materially weaken the German forces and cripple its war-making industry. Striking at the ore fields could do the trick.

However, it would not have been a small undertaking, and it wasn’t without risk.

The plan had envisaged the delivery of some one hundred thousand men and eleven thousand vehicles over the course of eleven weeks. The troops would have had to arrive, in winter, in the southern Norwegian ports of Stavanger, Bergen and Trondheim, and then take roads and railways to their eventual operational areas. It would have required that one regular and two territorial British divisions were to be withdrawn from the British commitment to France for operations in Sweden near the iron ore fields at Gallivare.

Operation Stratford was to begin on Feb. 28, 1940, but Norway was determined to maintain her neutrality as long as possible—and the daring plan was fortunately canceled a day later.

A Second Gallipoli in Scandinavia

Even if the British and hard-pressed French, who weren't completely on board, could have come up with the manpower and coped with the logistics—both big questions—it isn't clear what would have been achieved. Transporting and then supplying the troops from across the North Sea while Germany's High Seas Fleet was still essentially intact wouldn't have been easy.

At the same time, Germany could have easily transported its own troops easily across the Baltic Sea, thus simply bringing two neutral nations, Norway and Sweden, into the war.

Instead, months later, on April 9, Germany launched Operation Weserübung, its assault on Denmark and Norway. The former country surrendered after just six hours of fighting, while the Norwegian Campaign lasted until June 1940. A British, French and Polish expeditionary force of some 38,000 soldiers landed in the north of Norway and had initial moderate success—yet it was forced to retreat after Germany launched its invasion of France in May 1940.

The campaign ended with Germany occupying Norway. Even if Operation Stratford had gone forward, it would have likely had a similar or perhaps more disastrous outcome.