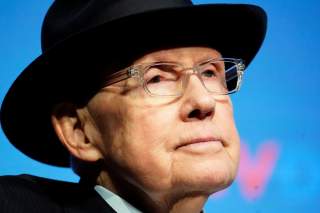 “Biden will be a much-needed stabilizing force following Trump’s disastrous term, offering a positive and progressive alternative to Trump’s dark vision of racism, xenophobia and policies built on cruelty and exclusion,” Reid, a Nevada Democrat, said in his endorsement.

Former South Bend, Indiana Mayor Pete Buttigieg and Sen. Amy Klobuchar also tossed their support behind Biden Monday after they bowed out of the presidential contest.

Warren, Bloomberg and Biden are hoping to knock Sanders from the top spot before Super Tuesday, when voters from 14 states will select their nominee.

Reid, for his part, said the Democratic Party is fortunate to have a robust field of candidates.

“I have the deepest respect and admiration for Senators [Bernie] Sanders, Warren and Klobuchar and Mayor Bloomberg,” he said. “They’re among the brightest leaders in our party, and they’ve made invaluable contributions to this race and our country.”

President Donald Trump weighed in after Buttigieg dropped his bid, telling his Twitter followers Sunday night that all of the Indiana Democrat’s “SuperTuesday votes will go to Sleepy Joe Biden. Great timing. This is the REAL beginning of the Dems taking Bernie out of play.”

Image: Former United States Senator Harry Reid is pictured on stage at a First in the West Event at the Bellagio Hotel in Las Vegas, Nevada, U.S., November 17, 2019. REUTERS/Carlo Allegri