Has the Russo-Ukraine War Really Changed the Global Order? 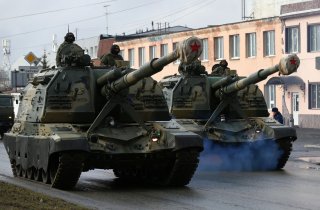 In 1989, American sociologist Janet Abu-Lughod predicted that the era of Western hegemony would be superseded by “a return to the relative balance of multiple centers exhibited in the 13th-century world system.” It might be too early to assess to what extent Abu-Lughod’s predictions hold true, but it does not seem far-fetched to claim that future generations will consider the ongoing Russo-Ukrainian War as one of the meaningful moments in the shift of the balance of power from West to East.

Rebalancing between major international powers has always been accompanied by massive and epoch-marking displays of violence. However, there are some clear differences in comparison to previous historical eras. Most importantly, the world is currently experiencing an exponential growth in population (which doubled between 1969 and 2012), climate change, the loss of biodiversity, and the disruption of natural habitats. These are not unpredictable outlier events—Nassim Nicholas Taleb’s “black swans”—but tangible ongoing processes that will play a significant role in redefining global orders and the centers of power that underlie them.

Nonetheless, to date, climate-related concerns are not yet able to shape global orders, and the return of coal and gas does not seem to be able to affect this aspect. Instead, the idea of “spheres of influence”—or, to quote Amitai Etzioni’s definition, “international formations that contain one nation (the influencer) that commands superior power over others”—continue to play a key role. For instance, on February 1, 2018, then-Secretary of State Rex Tillerson declared that the 1823 Monroe Doctrine is “as relevant today as it was the day it was written.”

Over the past seventy years, the Monroe Doctrine, which warned external powers that the United States would not tolerate the interference of any external power in “American affairs,” has influenced many of Washington’s policies in what it considers its closest sphere of influence. For example, dozens of governments in Central and South America have been overthrown or bombed by successive U.S. administrations. Cuba, which in 1950 had the fifth-highest per capita income in the Western hemisphere, is possibly the most interesting example of how the concept of a “sphere of influence” has been conceptualized and imposed in the American hemisphere.

Particularly in the case of the United States—which has over 750 military bases in eighty countries, representing 85 percent of all overseas military bases—“spheres of influence” extend far beyond its hemisphere. In recent decades, a notable percentage of African and Asian political leaders have tried to tackle such ascendancy but were either militarily attacked and ousted, or isolated and boycotted by the United States. It is a pattern that has been consistently fueled by slogans that, in different and often overlapping forms, have often spoken to the gut instincts of millions of Americans: “it is the battle between good and evil,” “they hate us because of our values,” or, mutatis mutandis, “we are facing the end of history.”

Yet, while the United States frequently condemns aggression against foreign states—such as in Ukraine, Iraq, or Yemen—it also rejects the legitimacy of spheres of influence, both its own and others’. On the one hand, this is a reminder of the need to embrace a more coherent understanding of global politics, and, on the other, to realize that the “Atlantic world order” is no longer sustainable, in as much as it is increasingly resented or rejected by a vast percentage of humanity.

This is also the reason why African countries (1.2 billion people), India (1.4 billion), and China (1.4 billion) did not join the West in imposing sanctions on Russia over its criminal and nefarious invasion of Ukraine. The slow and tortuous process of rapprochement between the two world’s most populous countries—confirmed by the visit paid by the Chinese foreign minister Wang Yi to New Delhi on March 24—as well as Iran’s alignment with China, mirror two of the latest examples of a new geopolitical equilibrium and the attempt to foster a “selective re-globalization.” The objective of selective re-globalization is to shape a macro-regional reconfiguration of the world economy that dilutes the dominance of the U.S. dollar and mitigates the reciprocal sanctions imposed by leading economies.

While acknowledging that the war unfolding in Ukraine is illegal and immoral, most Asian capitals regard the conflict, in the words of Indian analyst Shivshankar Menon, as a war “over the European security order — not an epochal global conflagration.”

More broadly, the political representatives of the world’s most populous countries (not just “some autocratic countries”) are increasingly critical of the global financial system (95 percent of global monetary reserves are held in Western currencies) and advocate a rethinking of international relations and global orders.

Coherence is Not “Whataboutism”

Vladimir Lenin famously claimed that “There are decades where nothing happens and there are weeks when decades happen.” The events of the past month appear to be a powerful confirmation of this notion. And yet, the invasion of Ukraine has not, as many claim, “changed everything.” In relation to global orders, the most meaningful change is possibly the fact that a growing number of Western observers are finally becoming aware of the end of an “order” which, in Andrew J. Bacevich’s words, “existed mostly in the minds of Western observers rather than the real world.”

In the real world, or the one that is taking shape, coherence and “whataboutism” are not the same. In other words, the problem is not those who firmly condemn all spheres of influence and all forms of aggression, but those who use clear and harsh terms only when spheres of influence, geopolitical orders, and wars touch their interests, while selectively cherry-picking what outrages them.

Lorenzo Kamel is a Professor of Global History at the University of Turin, and the Director of the Istituto Affari Internazionali’s Research Studies. He authored nine books, including Imperial Perceptions of Palestine: British Influence and Power in Late Ottoman Times (2015) and The Middle East from Empire to Sealed Identities (2019).