Has Turkey Chosen a Side in the Russia-Ukraine Conflict? 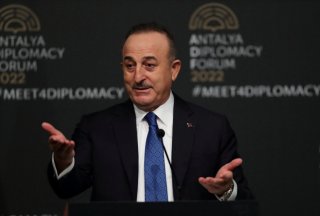 Turkey and the United States once enjoyed a shared vision and strategic partnership. When Condoleezza Rice served as secretary of state, she said Turkey’s Justice and Development Party (AKP) was “dedicated to pulling Turkey west toward Europe,” and argued that the country’s EU accession was a strategic priority for Americans and Turks alike.

Similarly, President Barack Obama claimed the same when describing the importance of a partnership between a predominantly Christian nation and a predominantly Muslim nation. But Obama’s disillusion was apparent when he sat down for an interview with The Atlantic in 2016: he considered Turkey’s President Recep Tayyip Erdogan to be a failure and an authoritarian.

What has brought about this sea change?

Before he became mayor of Istanbul in the 1990s, Erdogan was president of the Istanbul Youth Group, a faction of the hardcore Islamist Necmettin Erbakan’s National Salvation Party (MSP), which was closed after the 1980 military coup. Erdogan also saw how Erbakan’s new party, the Welfare Party (RP), was later banned from government, and those concerns informed his approach to leadership.

This is why, when Erdogan founded the AKP in 2001, he put on the mantle of liberal reform to gain power in the 2002 elections. But, in fact, Turkey’s application for EU membership was a strategic step to emasculate the military and the secular establishment, which Erdogan did in a series of show trials from 2008 to 2013.

In October 2012, Islamic scholar Ibrahim Kalin, who is now Erdogan’s spokesperson, made clear which direction Erdogan’s “new Turkey” was going in a keynote speech at the Istanbul Forum. Kalin rejected the European model of secular democracy, politics, and pluralism, which he claimed had little traction in the Arab and Muslim world. Instead, Turkey sought to pursue a value-based and principled foreign policy.

By 2013 Erdogan’s intentions become more apparent to others. Liberal parliamentarian Andrew Duff concluded that the AKP had replaced Kemalism with Islamism, and Dutch liberal Marietje Schaake wailed saying “our dream of a European Turkey has turned into a nightmare.”

When Erdogan visited St. Petersburg in 2013, he called on Vladimir Putin to let Turkey into the Shanghai Cooperation Organization (SCO) “and save us from this trouble” (the EU’s demands for genuine reform). Five years later, in 2018, Erdogan’s head of international relations, Ayse Sözen Usluer, said,  “For the last 10-15 years in particular, Turkey has not felt the need to choose between the West and the East, or between the U.S. and Russia. Turkey no longer sees its foreign policy within the framework of the Cold War or East vs. West alliances.”

Yet two months ago Erdogan once again declared that EU membership remains a strategic priority, which indicates how hard-pressed he is by the collapse of Turkey’s economy. Now, with Russia’s invasion of Ukraine, Erdogan is caught between a rock and a hard place. Both Erdogan and Putin share a revanchist dream of extending their country’s borders and, in Erdogan’s case, occupying northern Cyprus and areas of northern Syria.

On the one hand, as a close trading partner—Turkey was Ukraine’s largest foreign investor last year—Turkey has condemned Russia’s invasion. But one the other hand, Turkey has not gone much farther; Ankara refuses to impose sanctions. As Kalin has explained, “We have commercial ties such as natural gas, tourism and agriculture. We do not want to make a harmful move for our country.” Turkey also wants to “keep the channel of trust open,” although its attempts at mediation have proved fruitless. For example, Russian foreign minister Sergei Lavrov’s recent meeting with Ukrainian foreign minister Dmytro Kuleba in Antalya did not produce results.

At the same time, Erdogan has tried to use Turkey’s role as mediator to get the United States to drop sanctions and approve the sale of forty new F-16 fighter jets. Further, Russia might make use of Turkey’s purported neutrality to evade sanctions in the same way Iran also did. Turkish Airlines, for example, not only maintains its flights to Moscow but has also increased its capacity. Although Russian tourists are no longer able to use their Visa and Mastercards, they can still use their Russian Mir cards at ATMs and for other transactions.

Given international support for Ukraine, how Turkey’s value-based and principled foreign policy approach will evolve throughout this crisis remains to be seen.