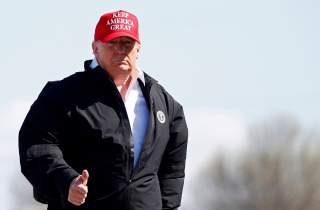 One of the supposedly indisputable economic facts about “Late Capitalism” America is soaring wealth inequality. By some calculations, the wealth share of the top one percent has grown by about 10 percentage points — from around 30 percent to 40 percent — over the past three decades. That’s a big jump.

Now by “wealth,” inequality researchers typically mean marketable wealth, or the value of all assets owned by households, net of debt. But there’s a weird quirk with that definition, one that may cause wealth inequality to be vastly overstated. The issue is explored in a fascinating preliminary paper with a spoiler in the title, “Social Security and Trends in Inequality” by University of Pennsylvania researchers Sylvain Catherine, Max Miller, and Natasha Sarin. From that paper (bold by me):

So instead of the top one percent’s share of wealth rising by 10 points, it maybe rose by just 1.2 percentage points. And the top 10 percent share actually falls by three percentage points. The following chart shows some common estimates of wealth inequality without and with the Social Security adjustments:

Source: “Social Security and Trends in Inequality” by Catherine, Miller and Sarin.

And from the paper’s conclusion:

The inequality estimates in this paper are still overstated, because we exclude programs like disability insurance and Medicare, which constitute a larger share of the wealth of the bottom of the distribution than the top. Overall, this paper makes the point that public transfer programs like Social Security make the U.S. economy more progressive, and it is important for inequality estimates to reflect this. Much more work is needed to arrive at a fuller understanding of wealth concentration in America.

Image: Activists dressed as musicians and wearing masks depicting leaders of the members of the G7 protest against wealth inequality outside the European Council building in Brussels June 4, 2014. REUTERS/Francois Lenoir