Hate Speech Laws Are Unconstitutional and Harmful to Democracy 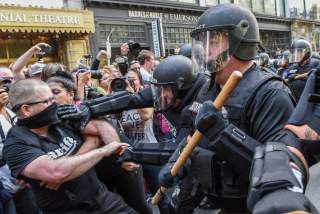 Key point: America thrives when people can express their ideas and where the best ones rise and the bad ones naturally fail.

When Establishment figures declare that they've changed their mind on free speech and now think there should be less of it, know that the speech they expect will get throttled is yours, not theirs.

This new Washington Post opinion piece ("Why America needs a hate speech law") is by Richard Stengel, a former editor of Time magazine and the State Department’s undersecretary for public diplomacy and public affairs from 2013 to 2016. In that post, he was charged with representing America's values to the world.

Honestly, could Stengel's argument be any weaker? "Even the most sophisticated Arab diplomats that I dealt with did not understand why the First Amendment allows someone to burn a Koran. ... it should not protect hateful speech that can cause violence by one group against another."

If the prospect of violence by offended groups is what causes us to censor, we are well on the way toward closing down speech at the whim of whichever mobs, here or abroad, decide to be violent. Perhaps the position the sophisticated Arab diplomats urged on him was not the last word in sophistication. And while Stengel might be expecting that persons much like himself will be in charge of defining "hate," that is not how it always works.

Stengel's piece was not a Post editorial but an opinion piece contributed from the outside. Both newspapers regularly run pieces that do not necessarily represent their editors' views.

But it is noteworthy as well as disturbing that Establishment voices like Stengel's are saying these things and that places like the Post are increasingly treating them as just part of the range of respectable opinion.

Remarkable detail: Stengel served as chief executive of the National Constitution Center in Philadelphia from 2004 to 2006.

This article by Walter Olson originally appeared in the CATO at Liberty blog in 2019.