Have Republicans Come Up With Their Very Own 'Green New Deal'? 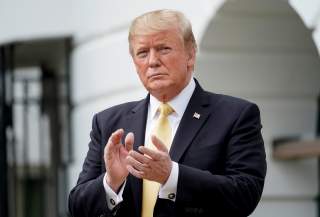 If some sort of Green New Deal is the baseline for “serious” climate change policy, then the Republican Party continues to fail badly.

The package of environmental bills just unveiled by House Minority Leader Kevin McCarthy and a group of House GOPers would likely get a big thumbs down from Alexandria Ocasio–Cortez, Bernie Sanders, and Greta Thunberg. It doesn’t spend $16 trillion on new public investment. It doesn’t incorporate the Democratic Socialist of America agenda for economic justice. It doesn’t make terrifying claims about a climate emergency while blaming capitalism. And it doesn’t contain an apology for past climate “denialism.”

In short, there’s nothing there creating a glide path to a GND and neo–socialism. All those House Republicans did was roll out a bunch of modest ideas that even a self–described “climate hawk” like Vox energy report David Roberts describes as “fine.” Joining the global effort to plant a trillion trees to suck carbon dioxide out of the atmosphere? Roberts calls it a “worthy climate strategy.” Funding for clean–energy innovation? Roberts agrees that it’s “important to develop and scale up carbon capture technology.” And Roberts also favorably highlighted a recent House bill that would double federal funding for basic science.

To be clear, Roberts isn’t arguing in his piece that any climate plan which fails to include, say, a jobs guarantee isn’t a serious plan. Rather, he knocks the GOP plan for doing nothing to reduce fossil fuel combustion. This new GOP effort is “reverse–engineered not to offend fossil fuel companies.” Subsidies, yes, please. Carbon tax? Not yet.

But this isn’t the GOP endgame on tackling climate change. They can read polls. They can feel the heat, both politically and atmospherically. This isn’t an insignificant move from McCarthy, but rather a first step for the GOP.

“Deep structural uncertainty about the unknown unknowns of what might go very wrong is coupled with essentially unlimited downside liability on possible planetary damages,” is how the late Harvard University economist Martin Weitzman described the climate problem in a 2010 paper, “Revisiting Fat-Tailed Uncertainty in the Economics of Climate Change.” It’s a reality more and more Republicans seem to understand.