HDTV Question: Where Have All the Plasma TVs Gone? 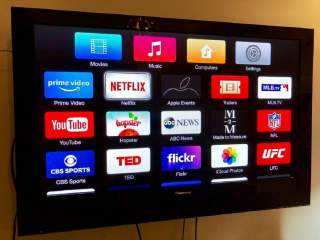 In this fast-changing world of technology, there will always be winners and losers. Plasma TVs shouldn’t be labeled as a loser by any means, but their popularity had waned far enough that it didn’t make any business sense for companies to keep producing them.

In short, blame it on the meteoric rise of OLED, QLED, LCD and LED TVs. Plasma TVs’ final nail in the coffin came in 2014, when tech behemoths Panasonic, LG and Samsung discontinued the production of Plasma TVs, which effectively killed the use of this particular technology. Add to the growing demand for newer technologies like OLED, as market research firms expect this market to flourish significantly. In fact, IDTechEx forecasts that global sales of OLED displays will hit $42 billion this year.

A fun and interesting fact is that Fujitsu actually received the major credit for creating the first full-color display panel in 1992, but it wasn’t until 1997 that Philips manufactured the first plasma TVs to be sold directly to consumers. The 42-inch TV boasted a jaw-dropping price of $15,000.

As the price points eventually settled on more reasonable levels, the technology driving Plasma TVs became a bit outdated. These TVs are composed of gas-filled pixels that light up in different colors when they’re hit by an electrical current. In contrast, LCD TVs utilize liquid-crystal screens that are lit up from behind to produce the necessary colors and images.

There are three areas in particular that Plasma TVs fall short in: phosphor burn-ins (although newer and better technology made this rarer), shorter lifespans and higher energy consumption levels. Earlier this decade, LCD and LED TVs showed that it performed better in those aspects, and more importantly, the pricing was competitive.

However, Plasma TVs were showcasing great strides in displaying deeper blacks and increased color depth and range. And they held up well for gamers as the games got more detailed and complex. But as the screen size and weight of the TVs continued to grow, Plasma TVs had a difficult time keeping up.

This is not to say that there aren’t Plasma TV fans still out there, and there is in all likelihood millions of Plasma TVs still currently in use. If one really wants to get their hands on one, they may be still available through sites like eBay and Amazon.com, albeit likely used or refurbished. Be prepared to pay a little more than similar OLED models currently in production. Hey, who knows, they may become collector’s items in 50 years that could be auctioned off for big money.