He Won't Have a Home: Arctic Ocean Will Be Ice Free in the Summer by 2050 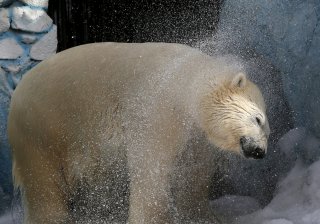 Even if the carbon emissions driving forward climate change are slashed rapidly, the Arctic Ocean will likely be ice-free during summers before the year 2050, according to new research published in the journal Geophysical Research Letters.

The research utilized the latest generation of dozens of climate models from 21 research institutes worldwide.

Recent data has shown that the average temperature in the Arctic is already 2 degrees Celsius above what it was in the pre-industrial era. With such increase in temperature, the sea ice is disappearing at a rapid pace.

This particular study has alarmed scientists, as they have continued to call for cutting greenhouse gases, which would, in the long run, determine whether the Arctic summer ice could ever recover in the future.

If the greenhouse gases remain at sky-high levels, there is the potential risk that the Arctic could be ice-free even in the cold winter months. Scientists have called this scenario “catastrophic.”

“Alarmingly, the models repeatedly show the potential for ice-free summers in the Arctic Ocean before 2050, almost irrespective of the measures taken to mitigate the effects of climate change,” Ed Blockley, who leads the U.K. Met Office’s polar climate program and was one of the team members behind the new research, told The Guardian.

“The signal is there in all possible futures. This was unexpected and is extremely worrying.”

Blockley, however, admitted the models are not perfect and there is room for error.

“There is still a lot of uncertainty,” he said. “But all the models are clear that the sea ice will continue to decline. At some point, it will be gone, but when that happens is still uncertain.”

Since satellite records were initiated in 1979, the Arctic’s summer ice has lost about 40 percent of its area and up to 70 percent of its volume. These figures are often seen as the clearest signs of man-made climate change.

With the loss of ice covering, scientists pointed out that this exposes the dark ocean that can absorb more of the sun’s heat – further increasing the temperature.

Changes in the global climate are also being increasingly linked to higher rates of extreme weather, including more destructive hurricanes and life-threatening heat waves.