Head to Head: Could Iranian Submarines Imperil the U.S. Navy? 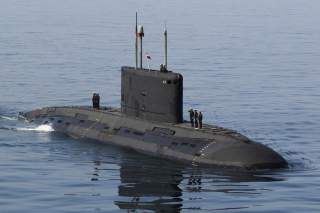 Though the new Iranian boats may remain far from the cutting edge of submarine design, they could still prove dangerous adversaries in the confined and shallow waters of the Persian Gulf.​