The Heat Is On Biden to Cancel Student Loan Debt 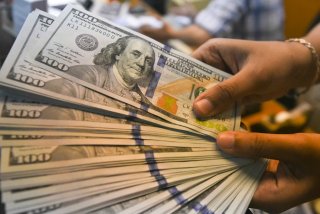 The resolution follows similar initiatives from a spate of other city governments, including Boston, Cambridge, Philadelphia, and Watsonville, Calif., urging Biden to implement a widespread student loan forgiveness measure, as the debt burden disproportionately impacts people of color.

“Student debt is a contradiction in terms. Students should not have to accrue debt to be educated, and education should be a public good. The student debt crisis hits communities of color, women, and low-income families hardest—both in the District and across the United States,” District Councilwoman Janeese Lewis George said in a statement.

The Boston City Council passed a resolution in April that calls on the federal government to cut student loan debt, arguing that not only does the financial weight disproportionately affect communities of color, but also alleviating the burden would “provide better” mental and physical health.

According to the National Center for Education Statistics, 57.5 percent of white students take out federal student loans when trying to pay for college, compared to 77.7 percent of Black students who do the same, a figure that’s much higher than the national average for all students at 60 percent.

Education advocates blasted Biden after his speech this week in Tulsa, Okla., where he introduced his plans to boost racial equity by implementing measures that would help minority-owned businesses. During his speech, however, he didn’t address forgiving student loan debt.

“You cannot begin to address the racial wealth gap without addressing the student loan debt crisis. You just can’t address one without the other. Plain and simple,” NAACP President Derrick Johnson said in a statement.

The White House has pivoted to Biden’s budget plan when asked about the president’s opinion on forgiving the burden, a proposal that includes two years of free community college and a boost in Pell grants.

“He makes two years of community college free, along with a major increase in Pell grants that will drastically reduce the cost of an education beyond high school,” White House press secretary Jen Psaki said Wednesday.

A number of congressional Democrats, including Senate Majority Leader Chuck Schumer (D-N.Y.) and Sen. Elizabeth Warren (D-Mass.), have continuously pressured the White House to unilaterally forgive $50,000 in federal student loans per borrower through the Higher Education Act, but Biden has only expressed support for a $10,000 cancellation.

The president, however, has also previously asked Education Secretary Miguel Cardona to put together a memo on the president’s “legal authority” to cancel up to $50,000 in federal student loan debt through executive order, which wouldn’t require Congress’ approval, but the administration has reportedly not completed its review of the president’s legal authorities.

“Student loan debt has become a crippling burden for millions of Americans. At the Department, we are committed to providing support for student loan borrowers by pursuing relief options. We are working closely with the Department of Justice and the White House as quickly as possible to review all options regarding student debt cancellation,” an Education Department spokesperson told The Hill.