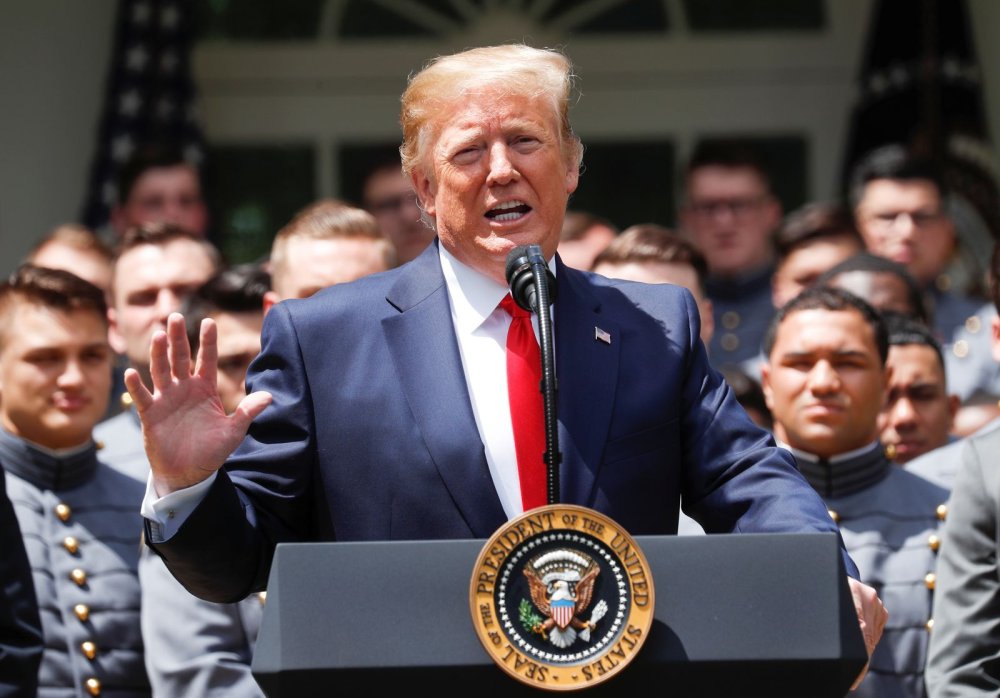 Covering politics with a sense of fairness requires journalists to acknowledge that politicians, even the ones they despise, at some point, somewhere, on some matter, do something right.

Not so President Donald Trump. Journalists simply cannot admit that anything Trump has done or is doing or thinking is good for the United States because it will reflect positively on him. That they just won’t allow.

Since he announced his run for president, Trump has drawn more negative press than any presidential candidate or president in history. Trump’s staunchest enemies—liberals and Never-Trumpers alike—will argue that this is the truly objective, fair, and accurate read on the present condition.

How they can say this with straight faces escapes us.

Month after month going back to the start of his campaign, without interruption, his coverage on evening newscasts has hovered around 90% negative. How do the anti-Trumpers see this? Some like CNN’s Don Lemon dismiss the numbers. “Is that a scientific mathematical fact, 90%?” Most don’t care either way.

Trump haters will argue that even that 90% negative coverage is too kind, and demonstrates some sort of weakness, failing to provide the fullest measure of #Resistance.

To acknowledge that Trump got two outstanding Supreme Court justices confirmed, or succeeded in passing a massive corporate tax bill that has generated massive employment numbers, or has taken millions off the welfare rolls, or virtually destroyed ISIS, or wiped out thousands of oppressive regulations, or—really, should we continue?—isn’t providing news. It’s enabling an oppressive fathead.

Every new and successful Trump policy concomitantly exposes the failures of his processor. Former President Barack Obama can only watch in what should be shame as his policy prescriptions on the economy, on foreign policy, on regulation, and pretty much everything else are proven to have been failures.

But this man has no shame, and neither do his acolytes. Instead, he hits the road giving his pathetic, “Look at me! Look at me! I did it, yes I did!” speeches to steal the credit. And reporters trip over their own camera cords running to give him coverage.

Look at the spin of Trump’s coverage on the ABC, CBS, and NBC evening newscasts since July 29, 2016, when the conventions ended, the candidates had been nominated, and the general election contest was officially running.

There were 95 positive statements about Trump. There were 726 negative ones too. (That computes to 88% negative spin, Lemon.)

Throughout the entire general election campaign the tone was remarkably steady: In August, the spin was 87% negative; in September it was 94% negative; and in October it was 90% negative. Statisticians call this the “mean” … and it was certainly mean.

Oh, but it gets better. Now look at the content flavoring the empirical data. Describing it as merely “negative” does not do it justice.

“Donald Trump spoke off the cuff, and took his campaign off the rails,” sputtered CBS anchor Scott Pelley to describe ignorant Trump. “Trump, diving head-first into the politics of fear,” claimed NBC reporter Hallie Jackson to describe unethical Trump. His rallies were “swallowed by fear, anger, and misinformation.”

ABC’s Tom Llamas quoted New York Times columnist Thomas Friedman on screen to describe Trump as a threat to mankind. “Trump knows what he’s doing, and it is so dangerous in today’s world!” (Llamas conveniently skipped the part in that column where Friedman suggested Trump’s tone would trigger an assassination.)

That was during the campaign. Now look at the numbers for Trump, beginning on Inauguration Day, Jan. 20, 2017. There is that initial 1-2 month stretch known traditionally as the “honeymoon” period when the new president is given the time to get his presidential sea legs.

Remember Obama’s honeymoon period? It could not have started on a happier note.

ABC’s Bill Weir oozed, “Never have so many people shivered so long with such joy. From above, even the seagulls must have been awed by the blanket of humanity.”

CNN anchor Carol Costello was thrilled. “It was a giant lovefest. … When Barack Obama started to speak, I was right in the middle of the crowd. People were crying, they were laughing, they were cheering. Suddenly someone would just come up and hug you. It was just amazing.”

NBC’s Andrea Mitchell gushed, “What a day it was. It may take days or years to really absorb the significance of what happened to America today. … The mass flickering of cell phone cameras on the Mall seemed like stars shining back at him.”

But for Trump? On his first night in office, the networks were brutal on his inaugural address.

NBC’s Chuck Todd denounced it. “I thought it was shockingly divisive for an inaugural. … He insulted—at points, insulted almost every living president that was there to witness his inaugural, which, to me, was so stunning!”

Over on ABC, Terry Moran was sniffing for hate when Trump used the term “America First,” saying, “It carries with it overtones from the 1930s when an anti-Semitic movement saying, ‘We don’t want to get involved in Europe’s war. It’s the Jews’ fault in Germany!’ Charles Lindbergh led them. It is a term, as he defined it his way, but the words themselves carry very ugly echoes in our history.”

New York Times correspondent David Sanger mourned that Trump could have somehow used the slogan “America First” in “the most inclusive way,” but “instead, he chose a dark, hardline alternative, one that appeared to herald the end of a 70-year American experiment to shape a world that would be eager to follow its lead.”

There would be no honeymoon.

During the final 12 days of January, the traditional “honeymoon” spin was 85% negative, unheard of in modern politics. In both February and March, it hit 91% negative.

In April, the president got a minimal surge of positive clips after he ordered a military strike against Syria for using chemical weapons on its own civilians. That generated a massive change in coverage. That month, the spin dove downward … to 82% negative.

It has been thus for every single month of Trump’s presidency.