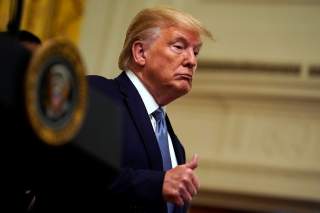 With the release of January’s Federal Election Commission numbers, Republicans are celebrating their financial largesse as the 2020 campaign season progresses. The Republican National Committee raised $27.2 million, a record for the first month of the year, and nearly triple the amount raised by the Democratic National Committee ($10 million).

At the start of February, the RNC had a total of $76 million cash-on-hand, which doesn’t include the $92 million held by President Donald Trump’s reelection campaign. In comparison, the DNC has only $9.9 million cash-on-hand, with possible Democratic campaign funds still divided among eight competing primary campaigns.

The 2020 general election is expected to be the most expensive on record. In 2016, Trump’s presidential campaign, in combination with outside groups, spent $302 million. In comparison, former Secretary of State Hillary Clinton’s campaign spent over twice as much, $639 million.

Even 2016 spending was down from the colossal expenditure of 2012. That each, both candidates spent nearly a billion dollars in combination with outside groups, with incumbent President Barack Obama spending $985 million, and former Governor of Massachusetts Mitt Romney spent $992 million.

The difference that this campaign might have is the refusal of Bernie Sanders to use the help of Political Action Committees. The senator has long been a critic of the undue influence money has on the political system. While some of his competitors had previously forsworn the use of SuperPAC’s during the primary process, Sanders has promised to reject the use of donations by outside groups. His campaign, like it was in 2016, is entirely funded by the grassroots and mostly financed through small-dollar donations.

On the other hand, a reaction could be expected on the other side of the spectrum. Most billionaire’s identity politically as Democrats, however, the candidacy of Sanders, who has identified as a democratic socialist his entire life, may scare more donors into either staying out of the election or even financially supporting Donald Trump.

The current numbers a snapshot in time. It’s expected for both the Republicans and Democrats to reach a kind of parity once the Democratic primary has finished and their party can coalesce around a single candidate.