Here Comes the StormBreaker: The Next F-35 Super Weapon 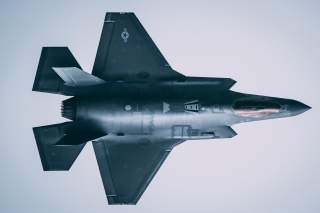