Here Is One Big Way Trump Can Boost the Economy: We Need More Aviation Workers 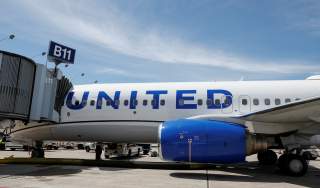 In February, some forty aerospace industry associations sent a letter to the Secretary of Transportation and the Director of the Office of Management and Budget. This letter warned that “the U.S. aviation industry is facing a technician and pilot shortage that threatens to undermine the growth and competitiveness of one of the most important sectors of our economy - one that generates more than seven percent of the U.S. gross domestic product, contributes $1.5 trillion to the U.S. economy and supports more than 11.5 million jobs.”

Current demographic trends and the state of the U.S. economy pose an enormous challenge to companies seeking to hire and keep experienced pilots and maintenance personnel. The demand for pilots and maintainers already exceeds the capacity of U.S. colleges and technical training schools. The Trump administration needs to take action now to ensure an adequate supply of aviation workers in the decades to come.

Over the same time as the demand for pilots and maintainers is expected to increase, the looming retirement of the Baby Boom generation will reduce the pool of available talent. Commercial airlines are seeking to hire experienced pilots away from the military, which has created manning and budget problems for the latter. Many airlines sought to address the growing pilot shortage by moving to a two-man cockpit, only to have to rescind this decision in the face of a significant rise in safety and security risks.

The problem is even more serious with respect to skilled aircraft maintainers. According to the Aviation Technician Education Council’s December 2017 Pipeline Report, U.S. aviation mechanics are retiring faster than they are being replaced. Thirty percent of the workforce is at or near retirement age leading to a likely scenario in which the aviation maintenance workforce declines by five percent over the next fifteen years.

The lack of U.S. aviation maintainers has an impact on both the economy and airline safety. Failure to maintain a robust U.S. maintenance workforce will result in the outsourcing of aviation maintenance work to foreign countries. These are high skill/high wage jobs that should remain in the United States.

Solving the aviation industry’s workforce problems will require action on several fronts. With respect to bringing new pilots into the workforce, helping aviation training and education institutions expand their programs would open up additional slots for would-be pilots. Government grants to reduce the cost to individuals of pursuing a career as a pilot also would help encourage new entrants into the field.

Another way of easing the pilot shortage for U.S. carriers is to reduce the requirement imposed by the Federal Aviation Administration (FAA) that pilots accumulate 1,500 hours of flying experience prior to receiving FAA certification to fly as a co-pilot. Most other countries, including many that are technologically sophisticated, require far less. Modern training methods and greater use of simulators could reduce this time significantly.

With respect to aviation maintainers, there is a similar problem at the FAA. Today, the FAA requires active duty service members planning on leaving the military to complete a number of complex and time-consuming steps to be eligible to take the FAA Airframe and/or Powerplant test. As a consequence, some skilled veterans are unable to find work in their chosen profession and others are diverted into different, often less lucrative fields.

President Trump has the opportunity to take bold action to help ensure the health of the U.S. aviation and aerospace industry. The Administration could, with a single act, help both the aviation industry and the employment prospects for military veterans. President Trump should sign an executive order that directs the FAA to take two actions. First, revise its so-called “1,500-hour” rule with an eye towards reducing this number if at all possible.

Because Congress gave the FAA broad discretion to prescribe regulations and standards related to aviation safety, which includes aviation maintenance, this proposed executive order is well within the president’s authority under the Constitution and applicable FAA statutory provisions. By taking this bold action, President Trump could simultaneously boost the U.S. economy, help the domestic aerospace industry and help high skilled veterans get employment in their chosen fields.